Could USWNT Star Carli Lloyd Actually Play In The NFL?

Carli Lloyd made plenty of headlines as part of the U.S. Women's National Team that won a championship in this year's World Cup. And now, she's continuing to put her feet to good use.

Video of Lloyd connecting on a 55-yard field goal during a practice with the Philadelphia Eagles and Baltimore Ravens is spreading around the Internet.

The 37-year-old Lloyd was reportedly offered the chance to kick for a team during a preseason game. Lloyd declined due to an upcoming friendly soccer match but said she would consider such a move if she had more time to prepare. She also believes this could be a huge step for women athletes, as a whole.

"I'm laughing about it," she told NBC's Peter King. "But the more I think about it, this has the chance to be sort of a pioneering moment for women." 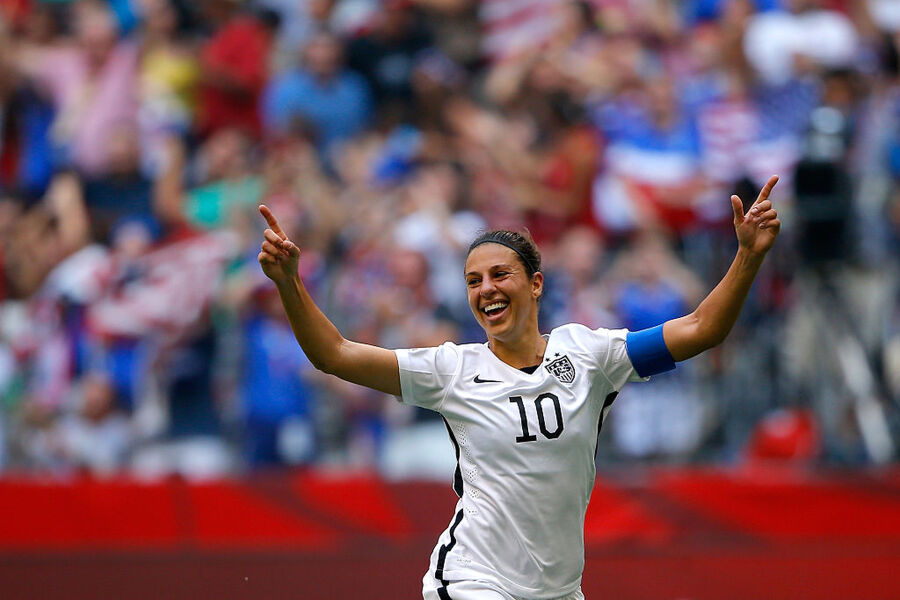 Lloyd added that she wouldn't be scared to compete with "the big boys out there." She also believes the pressure of, say, a playoff field goal wouldn't deter her. In fact, she welcomes the high stakes.

"I actually invite the pressure. I love the pressure," she said. "When I have to nail something – shooting hoops, ax throwing, kicking a field goal – that is the moment I live for and want. It comes down to the mind, training the mind."

Lloyd admitted she would need practice and someone to show her the proper steps and technique so she could get it down perfectly. But she's confident she could learn – and as one of the most accurate kickers in soccer, it's tough to doubt her.

For a team like the Chicago Bears, Lloyd could fit right in. Chicago has cycled through half a dozen kickers this offseason after a missed kick – Cody Parkey's infamous "double doink" – cost them a playoff win last year.

It's too close to the regular season for Lloyd to try out this year. However, we may see her back on the gridiron in 2020, as her soccer future is unclear. If rumbles about her retiring before the 2020 Olympics are true, she may start practicing on those field goals.

Check out Lloyd hitting the 55-yarder below – perhaps coming soon to a football field near you!