There are quite a few arms of the Amazon brand. The most popular is still Amazon.com, the marketplace to find just about anything, from kitchen essentials to miniature wacky inflatable guys. Amazon Prime delivers perks and TV shows, movies, and music to users. Amazon Web Services offers cloud computing services for businesses. Amazon Alexa adds smart technology to the home.

But what Amazon doesn't have is an NFL franchise. At least not yet.

Amazon founder Jeff Bezos is in talks with the minority owners of the Washington Football Team about potentially purchasing a stake in the team. 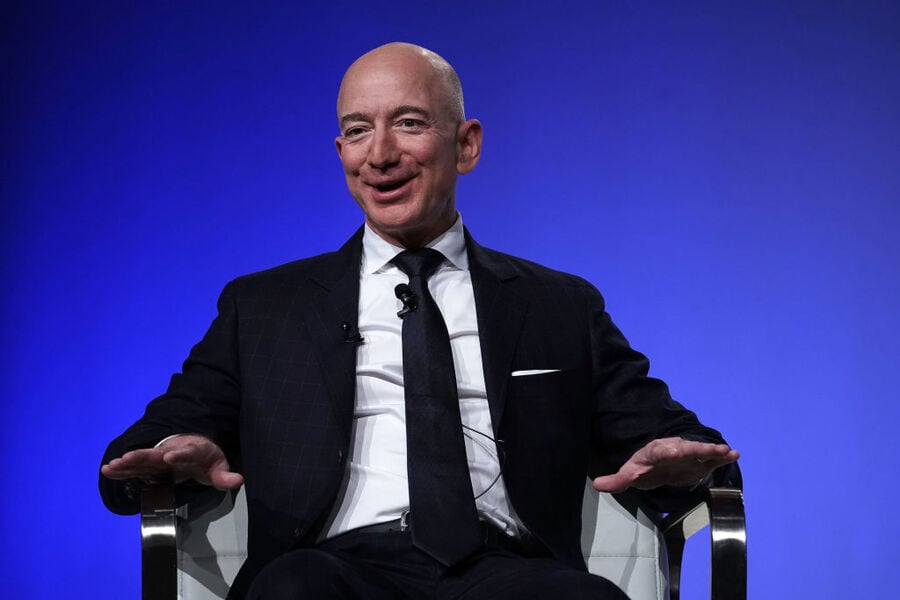 Of course, if Bezos bought a team, it would belong to him, not Amazon. But after building a huge company worth billions, owning a sports franchise seems like a logical next step. Bezos announced his intention to step down as Amazon's CEO later this year, and has been interested in buying an NFL franchise for years.

Last year, Schar hired a firm to find a buyer for their shares, worth 40% of the team. The Washington Football Team is worth an estimated $3.4 billion, so the minority share would be worth about $1.4 billion.

Tensions have continued rising between the minority owners and Daniel Snyder, who owns the 60% majority stake. Snyder reportedly refused to pay dividends to the other owners as the Covid-19 pandemic halted millions of the league's revenue.

And there has only been more turmoil since then. Under mounting pressure from Native American groups, the team removed its former nickname. The Washington Football Team has also faced multiple allegations of sexual harassment from female employees and team cheerleaders. Snyder privately settled one of those allegations, and the NFL is currently conducting an investigation into team activities.

The minority owners have been eager to sell and believed they found a buyer last year. But Snyder blocked the sale, accusing the others of extortion. In response, Smith, Rothman, and Schar filed a lawsuit against Snyder.

The biggest issue for any potential Bezos purchase: Snyder has no interest in selling the team. That means that, currently, the largest stake Bezos could obtain is 40%. He likely wouldn't want to be a silent partner with any franchise.

Then again, Snyder said he would never change the name of the team but eventually relented. Could he do the same with selling if the price is right?