Could Conor McGregor's Return Lead To UFC's Biggest Fight Ever?

When Conor McGregor fought Floyd Mayweather last August, it seemed like perhaps his UFC days were behind him. But we'll see McGregor back in the octagon in less than two months – and it could be the biggest fight UFC has ever seen.

McGregor will take on undefeated lightweight champion Khabib Nurmagomedov on October 6. The pair has a bizarre history. In April, McGregor attacked Nurmagomedov on a bus in Brooklyn. The attack was a retaliation for Nurmagomedov confronting Artem Lobov, McGregor's friend and teammate.

McGregor was cleared of criminal charges in late July, and UFC has moved on from hiding the news to embracing it. They're using the bad blood between the two to help promote the October 6th fight. 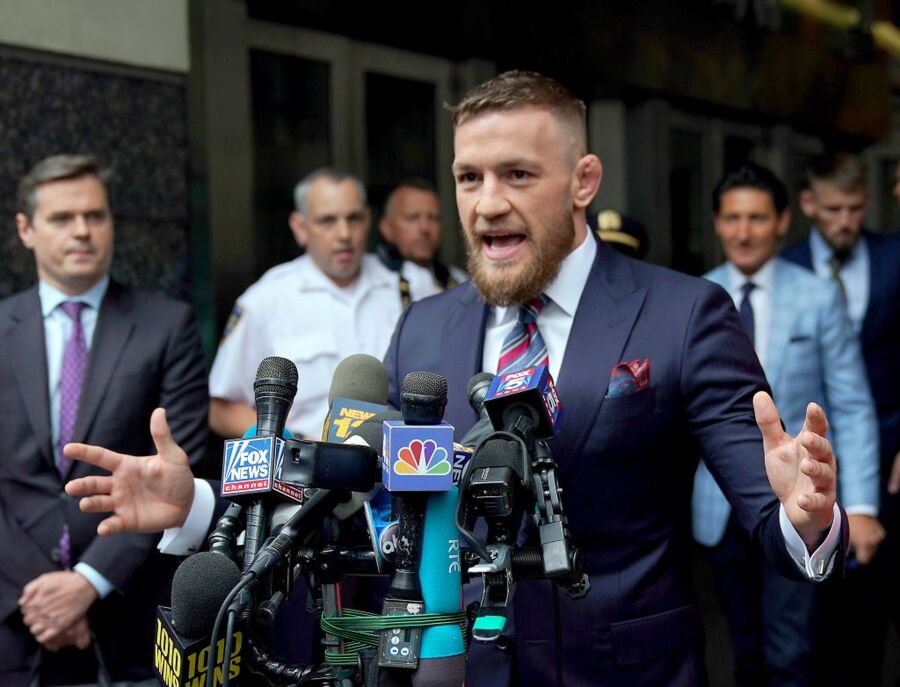 Nurmagomedov is a worthy opponent, too. He currently holds the lightweight belt after McGregor's extended absence around the Mayweather fight. McGregor had the belt stripped, and Nurmagomedov has pounced on the opportunity. He's 26-0 as a fighter, with a 10-0 record in UFC.

After taking home around $100 million in his fight with Mayweather, McGregor is obviously a huge draw. He's a welcome sight for UFC and its president Dana White. PPV numbers are on a downward trend for his company, and McGregor can help breathe some life back into the organization.

Will McGregor make as much in UFC 229 as he did in the Mayweather fight? That remains to be seen, but we'll bet there's plenty of talking in the days leading up to the event.