Aaron Donald is the reigning Defensive Player of the Year. He's been ranked either the best or second-best defensive player of the year by Pro Football Focus each year he's been in the league. He's a major reason why the Los Angeles Rams were a surprise 11-5 last season and won the NFC West.

Yet Donald is still on his rookie contract and will make $6.4 million this year, far less than the top defensive players. That doesn't sit well with him.

For the second straight year, Donald is holding out during training camp. While he did eventually return last season, he seems even more determined this year. He reportedly won't report to the team until he gets a new contract. 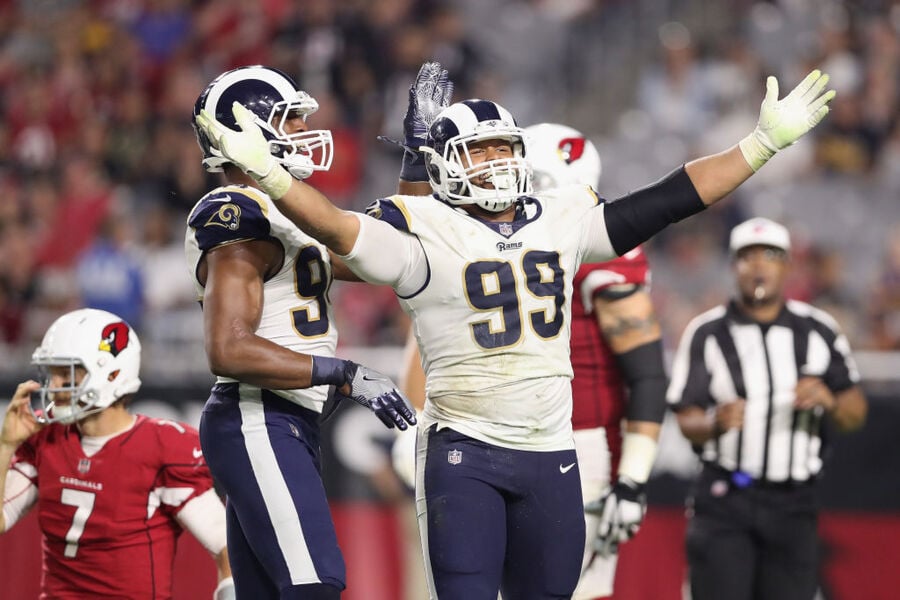 Donald's main concern is with how much money other players are making. Even just this summer, Donald has seen his teammates receive massive contracts. Receiver Brandin Cooks signed an $80 million extension, while running back Todd Gurley will make $60 million in his new deal.

Currently, no defensive player in the league makes more than $20 million per season. Both Donald and Oakland Raiders Khalil Mack are holding out to try and break that trend.

If they make just 80 percent of what the top quarterbacks in the league take home, Mack and Donald would each earn about $24 million this year. That's nearly a 300 percent increase for Donald.

It's understandable why Donald is holding out. But it seems like he and the Rams are still worlds apart in agreeing on a deal – and it could impact their season.