Conor McGregor Will Make $100+ Million From Fighting Floyd Mayweather. He Was On Welfare Four Years Ago

After months of speculation, the Floyd Mayweather and Conor McGregor superfight is finally happening. Between ticket sales, pay-per-view buys, merchandise sales, licensing opportunities, and gambling proceeds, the event could be the most lucrative fight ever. It'll certainly make millions for its participants.

While Mayweather has earned his nickname of "Money" over the years, McGregor could barely make ends meet just four years ago. In 2013, McGregor picked up a welfare check for $235. By the end of August, he could make more than $100 million from one fight.

A week before his UFC debut against Marcus Brimage in April 2013, McGregor needed some extra cash. He visited the welfare office prior to flying to Sweden for the fight. At the time, the fighter told the office that he was entering the UFC and wasn't sure what was going to happen. The welfare office likely expected to see him return soon.

Fortunately for McGregor, he never had to return to the welfare office again. His quick dismantling of Brimage earned him the Knockout of the Night, and he took home a $60,000 bonus. McGregor has seen his fair share of success since that night, but now he's looking at a bigger payday than he probably ever could have imagined four years ago. 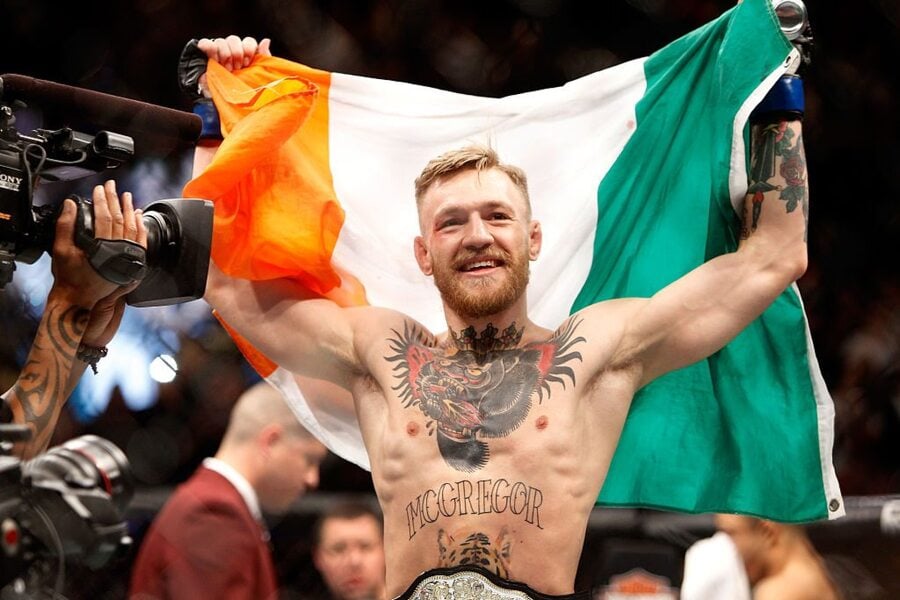 If the Mayweather/McGregor fight ends up being a smash hit on pay-per-view – which is fairly likely, as both boxing and UFC fans will likely tune in – Mayweather could take home at least $175 million on top of McGregor's $100+ million.

Those estimates might even be a bit conservative. UFC President Dana White believes McGregor could easily reach triple digits, while Mayweather thinks he'll take home even more, bringing in between $200 and $300 million.

When the two touch gloves at the MGM Grand in Las Vegas there will definitely be plenty of buzz surrounding the fight. Mayweather (49-0, 26 KO) will be coming out of retirement to try and pick up his 50th victory, while McGregor (21-3) will try to shock the world.

Though it will make a ton of money, don't expect this to go down as one of the best fights in history. Mayweather is a heavy favorite at 11/1 odds. If you bet $1,100 on the fight, you'd only win $100. Meanwhile, McGregor would return seven times the initial bet.

Can McGregor actually pull off the massive upset? The smart money would say no, but one thing's for sure – we're going to see plenty of posturing, trash-talking, and entertaining press conferences in the coming months.