Last night Conor McGregor sent out a tweet that no one really expected and many don't actually believe. Conor sort of stunned the sports world with the totally out of the blue announcement that he was retiring from the fighting world. Here is the exact tweet Conor sent last night at around 10pm:

"Hey guys quick announcement, I've decided to retire from the sport formally known as "Mixed Martial Art" today. I wish all my old colleagues well going forward in competition. I now join my former partners on this venture, already in retirement. Proper Pina Coladas on me fellas!"

Sports analysts like Darren Rovell were immediately skeptical of the tweet. Rovell put up a poll overnight asking his follower if they believed Conor's retirement announcement and 90% of the roughly 8,000 voters said NO. 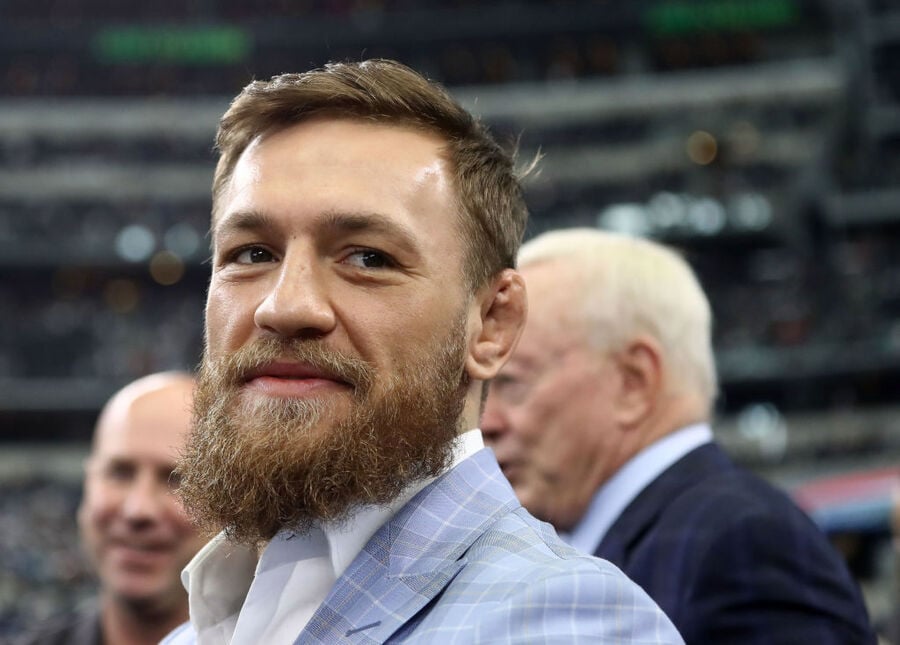 Why are people skeptical? Well, for one thing Conor has been running around for the last few months talking up future fights. Awkwardly, just a few hours after he sent last night's tweet, Conor appeared in a pre-taped Jimmy Fallon sketch in which he talked about how much he looks forward to fighting again. He told Jimmy:

"We're in talks for July. We'll see what happens, a lot of politics going on. The fight game is a mad game. But like I said, to my fans, I am in shape and I am ready. I have done my piece for the company. I don't necessarily need to fight. I am set for life. My family is set for life. We are good, but I am eager to fight. So, we'll see what happens. I'm staying ready."

Perhaps most importantly, people are skeptical that Conor's new venture (that he alluded to in his retirement tweet), Proper Twelve whiskey, would survive with Conor night fighting. Proper Twelve's relevance is highly dependent on Conor's relevance. And the best way for Conor to stay relevant is to continue fighting.

Another possibility here is that Conor's reputation can not absorb another high profile fight loss. His loss to Khabib after all that trash talking was somewhat embarrassing. There's a huge painting of Conor on an Irish bar near where I live with the inscription "Never give up." Every time I walk by I sort of cringe because I feel like the bar put that painting up before his loss and now they're stuck with it. How would people feel about Conor if he loses again? After Ronda Rousey lost for the second time she basically disappeared from the UFC. Would people want to buy his whiskey and whatever other business ideas he has up his sleeve if he's more recently known as a loser than a champion?

But maybe we don't have all the facts. Maybe Conor had a life-changing revelation last night and truly will never fight in an octagon again. f that's the case, is he rich enough to retire? What are his total career earnings?

As of this writing, we estimate that Conor McGregor's net worth is $110 million. So YES he should in theory be rich enough to never work again.

Conor has earned around half of his net worth fighting in 25 MMA matches and the other half fighting on one boxing match…against Floyd Mayweather.

Conor's total final payday from the Floyd fight was $100 million.

Conor has also earned around $20 million from endorsement deals with companies like Burger King, Beats by Dre and Anheuser-Busch.

For what it's worth, UFC President Dana White told ESPN that he believes Conor's retirement announcement is authentic. Dana said the announcement:

"He has the money to retire and his whiskey is KILLIN it. It totally makes sense. If I was him, I would retire too. He's retiring from fighting. Not from working. The whiskey will keep him busy, and I'm sure he has other things he's working on."

What do you think? Is Conor retiring for real? Or is this a hype move?