Conor McGregor did not think he was going to end up in the position that he currently finds himself in. After losing his standoff over promotional work with Dana White, he is a fighter without a fight. White swears McGregor will be back in the Octagon soon, but has yet to say when that will be. So, if Mystic Mac is still training, he is doing so without an actual fight on deck. If that wasn't enough to ruin his mood, after getting booted from UFC 200 he is out a multi-million-dollar payday as well.

Ziyavudin Magomedov, a Dagestani billionaire, would like to give McGregor both, a fight and a payday. Fight Nights Global, a Russian MMA promotion Magomedov is a major investor in, is willing to pay him $2 million to fight Rasul Mirzaev at an upcoming event, Fight Nights: Fedor vs. Maldonado, on June 17.

If McGregor doesn't feel like going to Russia, he has another offer to consider. Polish promotion KSW has offered him $3 million to fight its featherweight champion, Artur Sowiński.

He's already in training. It's not like he has any other obligations that would interfere. 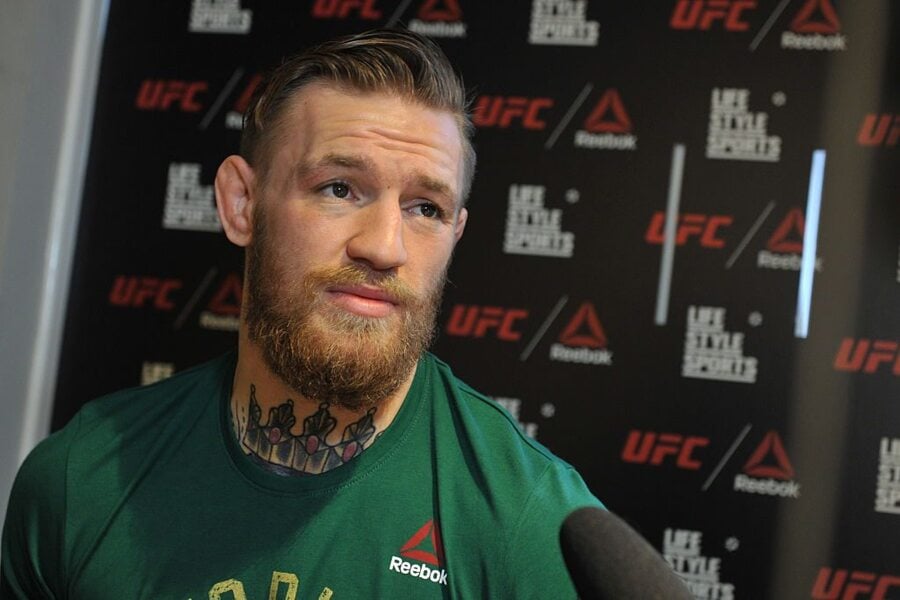 McGregor can't take either fight, of course. It is safe to assume that the UFC does not want guys under contract participating in an event for another promotion. The UFC's control over this is one of the many issues that led to several fighters filing a lawsuit against Zuffa, LLC (UFC's parent company) in 2014.

Both promotions knew he couldn't accept their offers but likely wanted the publicity, so they went ahead and asked. What's the worst that could happen? He says no?

Even if McGregor could take the fight, he probably wouldn't. He understands what his worth is, and would want what he feels is appropriate compensation. For regional promotions like Fight Nights Global or KSW, adding him to a fight card would practically guarantee it would be their most successful event to date.

With that in mind, McGregor would probably not be willing to cut either promotion a break. According to the rumor mill, he made between $10-15 million when he lost to Nate Diaz at UFC 197 and was guaranteed $10 million for UFC 200. Assuming that is true, it is hard to see him taking less money to fight for anyone.

If McGregor was even thinking about taking the fight, or just using the offers to mess with Dana White, he would have said something on social media about either or both offers – but he hasn't.

They say silence is golden, but when it comes to McGregor, its platinum.