By Brian Warner on October 6, 2018 in Articles › Sports News

Tonight Conor McGregor faces off against Khabib Nurmagomedov as the main event of UFC 229. Conor hasn't fought in the Octagon in nearly two years since he fought Eddie Alvarez in November 2016 at UFC 205. His most recent professional fight was against Floyd Mayweather in a boxing ring in August 2017. He lost that fight but still took home a HUGE payday. So what is Conor McGregor's net worth today? What will his net worth be after tonight? And what are his career earnings? Let's take a look!

McGregor made his MMA debut in 2007 at the age of 18. He won the amateur fight by TKO (technical knockout) in the first round. He turned professional immediately after that fight. McGregor made his professional debut in March 2008 in the lightweight division. Amazingly, just a few months before the fight, Conor was an unemployed plumber living on welfare. He signed with the UFC in 2013 and made his debut for the organization on April 6, 2013 against Marcus Brimage. He won the fight via knockout after one minute in the first round. 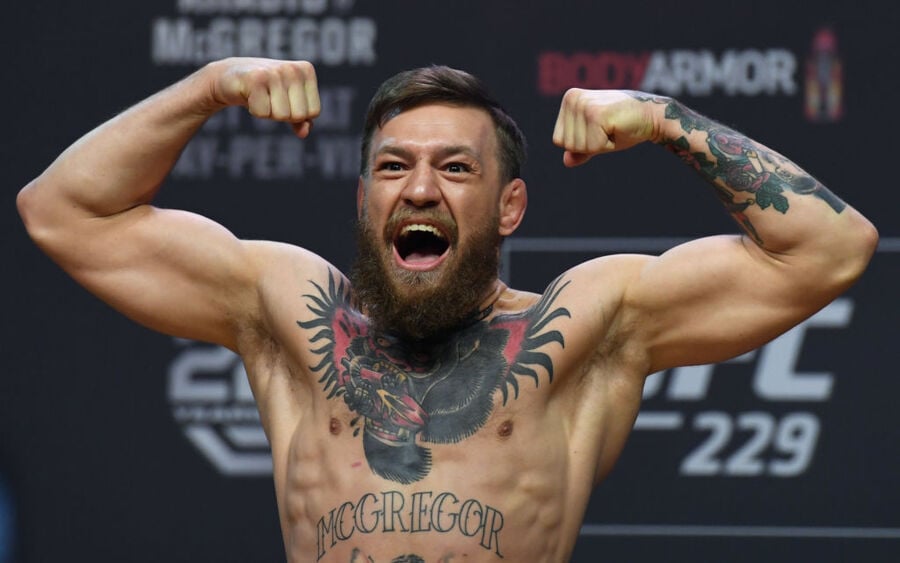 Conor and Floyd generated 4.3 million Pay Per View buys for their fight. Conor was guaranteed $30 million for the fight. With PPV bonuses, merch sales and other earnings, Conor's total gross take from the fight topped $100 million. Thanks largely to the hype produced by this fight, Conor was also able to earn around $14 million in 2017 thanks to endorsements with companies like Burger King, Beats by Dre, Anheuser-Busch and more.

As of this writing (before the Khabib fight), Conor McGregor's career earnings top $180 million.

As of this writing (before the Khabib fight) Conor McGregor's net worth is $85 million.

According to Dana White, Conor and Khabib's fight is projected to product 3.5 million PPV buys. If that number proves true, Conor will earn a total of $50 million from the fight. If that happens, Conor's total career earnings will top $230 million. After taxes, manager fees and lifestyle expenses, Conor will likely net a little less than $25 million, bringing his net worth up to $110 million.

That's an impressive number, but Conor's got a lot of work to do if he wants to make good on his prediction of hitting billionaire status in the next five years 🙂