Conor McGregor Net Worth 2020 – How Much Has The Fighter Earned In His Career So Far?

On Saturday, Conor McGregor makes his return to the octagon to face off against Donald Cerrone at UFC 246 in Las Vegas. It's been a minute since McGregor has competed. He was stripped of his Lightweight Championship title on April 7, 2018, due to inactivity. His last fight was on October 6, 2018, against Khabib Nurmagomedov in UFC 229. He lost that fight. Then, on March 26, 2019, he announced his retirement via social media. UFC chief Dana White thought McGregor's "retirement" was a ploy to get an ownership stake in the UFC. Was White right? Who knows. What we do know is McGregor is back to fight Cerrone AND there is chatter that he wants a rematch with Floyd Mayweather. If that's true, it doesn't look like the 31-year-old Irish fighter is going to stay retired. And, for what it's worth, Cerrone isn't going to be a cakewalk for McGregor. The 36-year-old American fighter has won more fights than anyone else in UFC history.

McGregor made his debut as an MMA fighter in 2008. Before that he was a plumber in Ireland literally living off welfare. McGregor got his start boxing when he was 12 years old. In 2006, he met UFC fighter Tom Egan and they began training in mixed martial arts together. McGregor has also trained in Tae Kwon Do, Karate, Capoeira, and Kickboxing prior to competing in professional MMA. 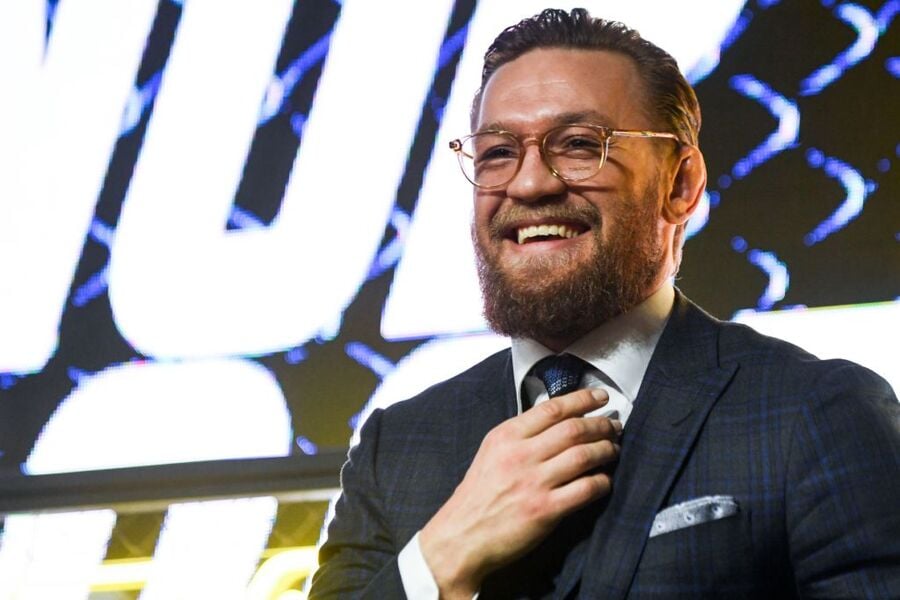 McGregor made his MMA debut in 2007 at the age of 18. He won the amateur fight by TKO (technical knockout) in the first round. He turned professional after that fight. McGregor made his professional MMA debut in March 2008 in the lightweight division. His first fight was against Gary Morris. He won with a TKO in the second round. McGregor then went on to win his second fight before moving to the featherweight division and suffering his first loss. After that loss, McGregor briefly considered pursuing a different career path. However, his coach convinced him to stick with MMA.

McGregor then went on to win his next fight in the featherweight division against Connor Dillon. He moved back to the lightweight division to face Joseph Duffy and had his second loss via an arm-triangle choke. After that, McGregor went on a winning streak in 2011 and 2012 that lasted through eight fights. He won both the CWFC Featherweight and Lightweight Championships to become the first European MMA athlete to hold two titles in different weight divisions at the same time.

Then, in 2013, Dana White took a trip to Dublin and was swamped with people telling him he had to sign McGregor to the UFC. White met with McGregor, conferred with then UFC CEO Lorenzo Fertitta, and signed McGregor to the UFC a few days later.

McGregor made his UFC debut on April 6, 2013, against Marcus Brimage. McGregor initially struggled against his excessively aggressive opponent. He strategically realized that he could deliver a snap kick to Brimage's chest and chin. McGregor won the bout via knockout a bit more than one minute into the first round.

In August 2013, McGregor took on Max Holloway. He won that fight by unanimous decision. Unfortunately, McGregor also tore his ACL in that match. That injury kept him out of the ring for 10 months.

McGregor returned to the UFC in 2014 and won a number of fights. He was a rising star in the sport and Fertitta signed him to a new multi-fight contract. Conor earned $5 million when he defeated Chad Mendes at UFC 189 on July 11, 2015.  In December 2015, McGregor made $12 million for a 13-second fight against Jose Aldo. In March 2016, he made around $15 million for fighting Nate Diaz at UFC 196. A year and a half later, he took on Diaz once again and made $25 million. He earned around $7 million fighting Eddie Alvarez in November 2016. He earned an estimated $50 million fighting Khabib Nurmagomedov in October 2018.

Along the way, McGregor earned the nickname The Notorious. He has fought in 25 MMA bouts and won 21 of them, 18 of them by knockout.

Conor McGregor's total UFC earnings to date are roughly $115 million, which includes the $50 million Khabib payday from 2018. He has a total net worth of $120 million.

On August 26, 2017, Conor switched from the MMA cage to a boxing ring when he faced off against undefeated champion Floyd Mayweather. The fight was one of the most lucrative PPV events of all time generating 4.3 million buys. At that level, Conor earned an estimated $100 million between guarantees, merchandise royalties, concessions, and bonuses. If you assume Conor lost around 50% of his earnings to taxes, $100 million gross earnings left him with a net worth of $85 million after the Floyd fight.

Between June 2017 and June 2018, Conor also earned around $14 million from endorsements with companies like Burger King, Beats by Dre and Anheuser-Busch.

Had Conor (against all odds) beaten Mayweather, it would have set up a rematch where Conor could have earned another absolutely massive payday. It wouldn't be unreasonable to assume that he would have been able to demand a minimum of 50% of revenue from a future fight. That would theoretically have resulted in a $200-$300 million payday. Could that still happen? Only time will tell!