Conor McGregor must love getting hit in the face in front of millions of people. Which is weird because his net worth is $85 million. Why not go retire on a beach somewhere and live the good life? Maybe he's just addicted to the spotlight. Or maybe he just really really loves making tons and tons of money because the Irishman just announced that he has signed a brand new six-fight deal with the UFC. Dana White confirmed the deal today.

Terms were not revealed for their deal, but considering Conor's star power one must assume it's enormous. How big? Well, consider this –

The most popular UFC event of all time had 1.6 million pay per view buys. That fight was the rematch between Conor and Nate Diaz at UFC 202. Conor earned $25 million off the match between guaranteed money and pay per view bonuses.

On October 6, Conor is fighting Khabib Nurmagomedov at UFC 206. According to UFC President Dana White, they are already on pace for 2.5 million pay per view buys.

Would it be safe to assume that Conor would demand $30 million per fight with the UFC? Which would be a total deal value of $180 million. Shall we call it $200 million? And honestly that might even be super conservative. 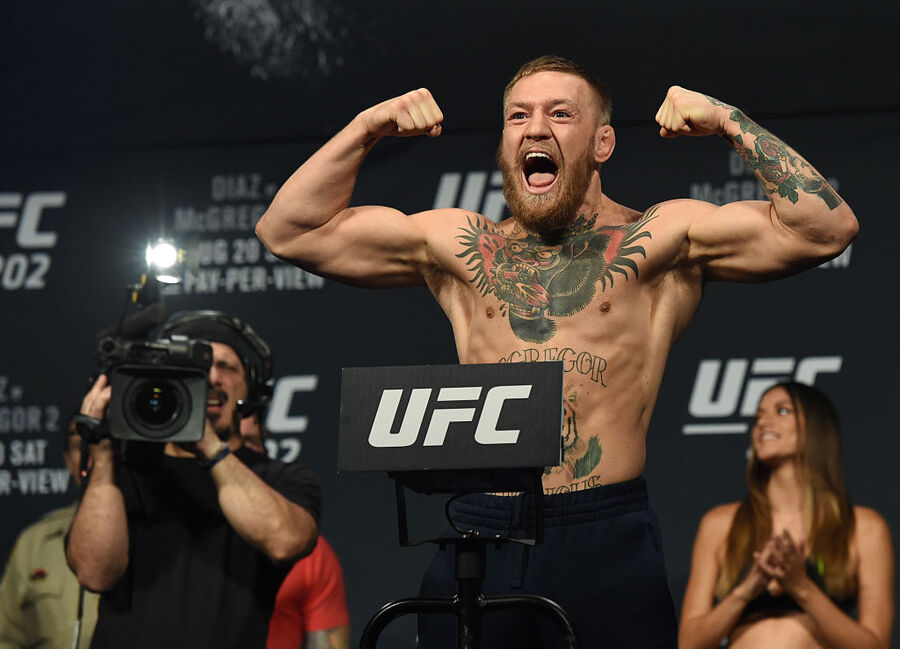 "It's not hard to do a deal with Conor McGregor because we know what he's worth."

As part of the deal, Conor's new whiskey brand Proper Whiskey will be a main sponsor at each of his events and will have prominent logo displays in the octagon.

Conor's fight on October 6 will be his first time back fighting in the UFC in two years. His last professional bout was one year ago in the boxing ring when he fought Floyd Mayweather. That event had 4.3 million pay per view buys. Conor earned $100 million.