Even if you've never watched a UFC fight in your life, you've likely heard the name Conor McGregor. He's known for his brash, aggressive behavior, but he's also generally been able to back it up in the ring. Last year, he won the featherweight championship via knockout just 13 seconds into the first round.

This year, he's setting his sights even higher. And if all goes to plan, McGregor will make an absurd amount of money by the time the calendar hits 2017.

McGregor's guarantee for UFC 202 was $3 million. He recently said he came away with $25 million. In fact, McGregor has even stated, that, by the time 2016 is done, he'll have made $40 million. Thanks to some timely press conferences and quotable soundbites, he's built a lot of buzz and hype around his fights, and it's paid off in a big way.

In March of this year, during UFC 196, McGregor was set to face off against Rafael dos Anjos for the UFC Lightweight Championship. A few weeks before the match, though, dos Anjos announced he was withdrawing from the fight after breaking his foot. McGregor instead made his debut in the welterweight weight class against Nate Diaz.

Diaz won that fight via submission in the second round, which was McGregor's first defeat in the UFC and just his third in his entire career. 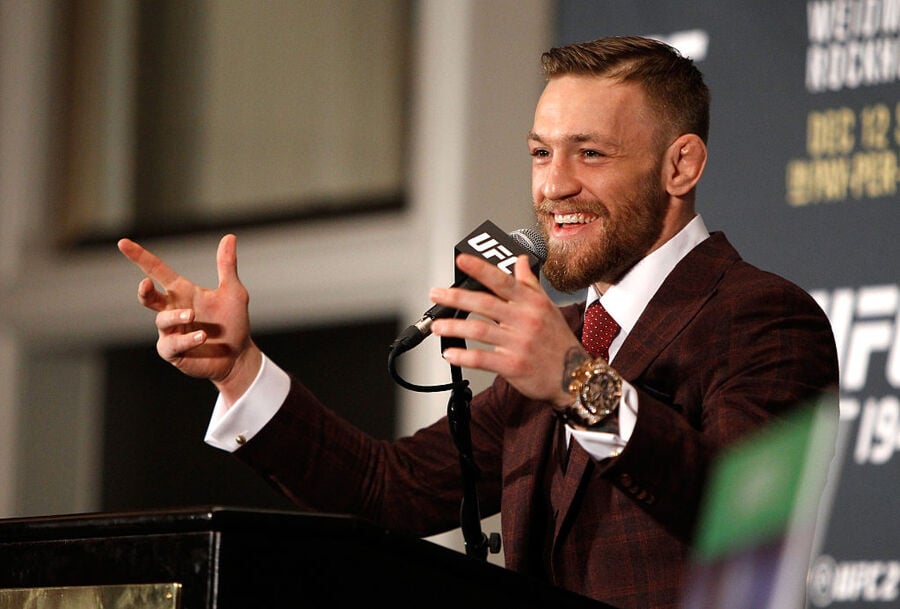 Had he emerged victorious, McGregor would have been the first UFC dual-weight champion. That chance at history was a huge draw for the sport, regardless of who McGregor was going up against. It proved to be a lucrative bout, as both McGregor and Diaz were awarded "Fight of the Night" bonuses.

A rematch was scheduled between the two fighters for July, at UFC 200, though in April the UFC announced that McGregor had failed to fulfill his media obligations surrounding the fight and had been pulled from the card. As a result, McGregor briefly announced his retirement from UFC.

Of course, that retirement was short-lived, and McGregor and Diaz's rematch was moved to UFC 202 in August, once again contested at welterweight. This time, McGregor won the rematch via majority decision. The highly-publicized bout again earned "Fight of the Night" honors, with each boxer taking home bonuses for being the highlight match.

On top of that, the event broke the record for the highest-selling pay-per-view in UFC history with 1,650,000 buys. During his career, McGregor has participated in four UFC pay-per-views which have amassed nearly 5.5 million buys.

With another bout scheduled for November at UFC 205, this one against Eddie Alvarez for the UFC Lightweight Championship, we haven't seen the last of McGregor this year. And if his previous methods for building hype around his fights are any indication, we haven't heard the last of him, either.