Conor McGregor Claims He'll Be A Billionaire By Age 35 – Can He Actually Pull It Off?

Conor McGregor has never been one to shy away from the spotlight. Whether he's talking trash before a match or promoting his whiskey outside the ring, you can always count on McGregor to speak his mind. And now, he's making a major claim about his money.

The 31-year-old fighter told ESPN he believes he'll be a billionaire by the time he's 35.

McGregor's net worth currently sits at $120 million. If he can double that every year, he'll reach billionaire status in 2024. With a birthday in July, he would, in fact, hit ten figures while he's 35. But is that realistic?

The biggest payday McGregor ever received was $100 million, which he made during his fight with Floyd Mayweather in 2017. McGregor lost the bout but walked away with plenty of money – and it's made him hungry for more. 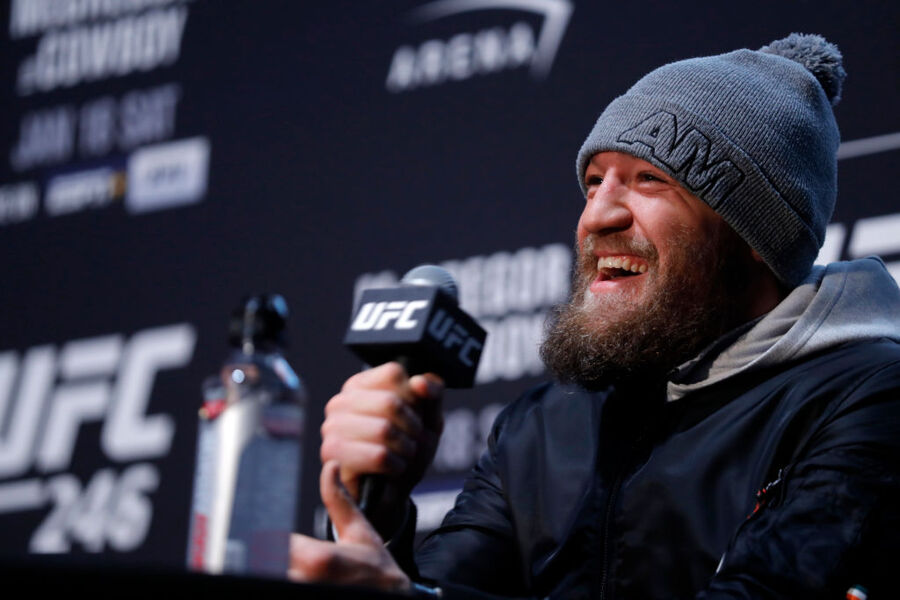 McGregor is set to fight Donald "Cowboy" Cerrone on Saturday. He said he believes he'll make $80 million against Cerrone, citing the $50 million he made against Khabib Nurmagomedov in 2018. McGregor also lost that fight – in fact, it's been nearly three and a half years since his last victory. That timespan included a blank 2019, as McGregor "retired" for most of the year.

The Irishman nicknamed The Notorious is still a big draw. However, the claim of $80 million in earnings against Cerrone seems…questionable, at best. Sure, Cerrone is the winningest American fighter in UFC history. And yes, McGregor will get people to tune in. But he's reportedly earning $5 million in guarantees. Can he really make 17 times that in sponsorships, merchandise and pay-per-view money?

McGregor's fight against Mayweather was the most purchased PPV fight ever. At the surface, this match with Cerrone doesn't seem to match that intensity. Unless McGregor has a higher revenue share or some other business venture tied up in the bout, his estimate seems a little too high.

McGregor has also talked about a rematch with Mayweather. The question then becomes if Mayweather would want to fight. If he does agree, the pair would likely make well over $500 million, with McGregor taking home somewhere between $200 and $300 million.

If McGregor, who says he's still in great shape, can get in two to three quality fights per year, he could conservatively make about $200 to $300 million from fighting. And if those fights are on the level of a Mayweather rematch, he'd rake in even more.

McGregor also has his whiskey business. He shared in May that Proper No. Twelve made $1 billion in sales in its first year. Of course, McGregor won't take home all of that, but he certainly will continue earning plenty of royalties from his whiskey. He's hinted at other business ideas, too.

Finally, McGregor shared that the thrill of buying new things has worn off. Rather than spending money on lavish purchases like cars and watches, McGregor is investing in his personal well-being. After reading that LeBron James spends $1.5 million annually on training, nutrition, and taking proper care of his body, McGregor decided he needs to follow suit.

Between fights, business ventures, and a bit more control over his spending, McGregor is on the right track toward becoming a billionaire. Even if it ends up taking him a few years past his 35th birthday, it's still an impressive feat.