For his entire career, DeMarcus Cousins has played for the Sacramento Kings. It's been a dysfunctional relationship, for sure, with the Kings essentially firing coaches every year and doing a terrible job of developing the talent on the team.

Still, as recently as a few days ago, the Kings were saying they wanted to keep Cousins around long-term, and Cousins echoed those sentiments, expressing an interest in signing a long-term deal with the franchise.

That mindset changed in a hurry, though, when Cousins was traded to the New Orleans Pelicans for Buddy Hield, Tyreke Evans, Langston Galloway, a 2017 first-round pick and a 2017 second rounder. The Pelicans will also receive forward Omri Casspi.

Much like the rest of the basketball world, Cousins was a little shocked, finding out during his All-Star Game postgame press conference that he had been traded. At first glance, it makes little sense for the Kings. Surely they could have gotten a better return for Cousins, one of the top big men in the league, right? 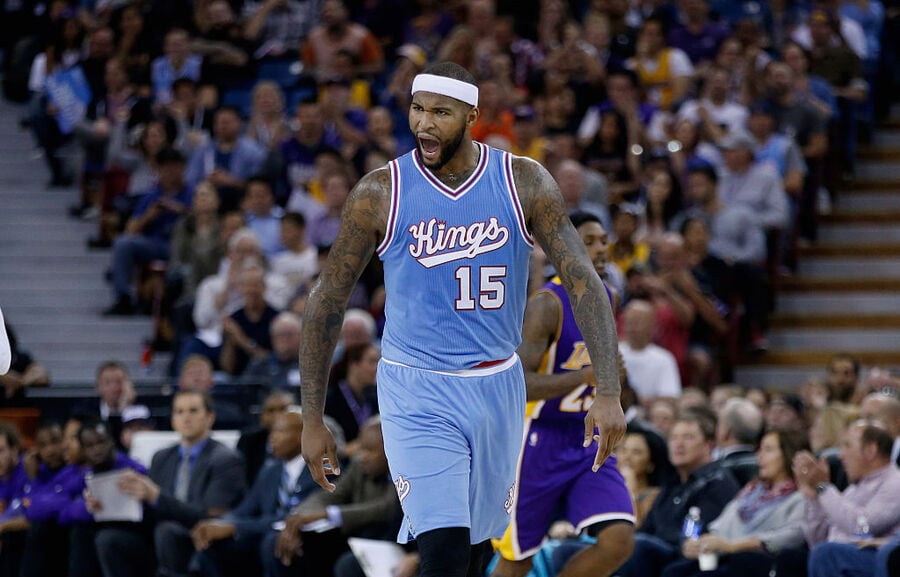 There are a couple of things to consider, though. For one, the new collective bargaining agreement now allows players to extend their contracts for up to five years the year before they actually become a free agent. So while Cousins won't hit the open market until 2018, he could have potentially re-signed with the Kings this offseason. It's very likely the Kings did not want to pay him as much as he's going to command.

And that amount of money is staggering. Cousins is one of the few players eligible for a Designated Player Extension (DPE). This off season, he could have signed a five-year, $209 million extension that would be tacked onto the end of his current contract. That would have been the largest deal in NBA history. To complicate matters, the Kings would not have been able to trade Cousins for another season had he signed that DPE.

The Kings also have a draft pick that belongs to the Chicago Bulls if it falls outside of the Top 10. If it doesn't, the Kings get to keep their pick and the Bulls get a second rounder instead. By taking a step backwards in trading Cousins, Sacramento just might end up controlling its own first-round pick this summer.

Cousins and his agents said that the big man wanted to stay put in Sacramento and even went so far as to warn that he wouldn't re-sign with any team that traded for him. While few people can argue that the Kings are an ideal basketball destination, Cousins may have been interested in sticking around for financial reasons: he could have only signed that massive contract with the Kings. He'll be unable to do so with another team when he enters free agency next season. Of course, he can still sign a max deal for five years and $180 million with any team. It's a pay cut of about $30 million in the long run, but that's hardly something to scoff at.

Meanwhile, the Pelicans needed to make a splash. They have no guarantee that Cousins will re-sign after the next off season, but New Orleans has consistently struggled to surround former No. 1 pick (and the reigning All-Star Game MVP) Anthony Davis with talented pieces. Cousins certainly fits that bill, and it's a major bonus that the Pelicans didn't need to give up anything major to acquire him. Now they have a year and a half to make things work and convince Cousins to stick around.

We'll never know what other offers the Kings got for Cousins though, as it stands right now, the Pelicans made out like bandits. Once Cousins hits free agency next summer, we'll probably have a better idea of how this trade actually turned out for both sides.