Comparing The Salaries Of Andy Reid And Kyle Shanahan – Who Makes More?

Super Bowl LIV has a lot of interesting storylines. Perhaps one of the most intriguing is the matchup between the head coaches of each team, San Francisco's Kyle Shanahan and Kansas City's Andy Reid.

Both men are glad to be back in the Super Bowl. When Reid was last here, his Philadelphia Eagles fell to the New England Patriots a decade and a half ago. The Eagles didn't play with much sense of urgency at the end of that game, drawing plenty of criticism. Meanwhile, Shanahan's last trip to the Super Bowl was more recent, but also against the Patriots. He was the offensive coordinator of the Atlanta Falcons in 2017. Apologies for making Falcons fans relive that game, but the Patriots completed the largest comeback in Super Bowl history.

Each coach has the chance to get a major monkey off their back in this game. But which one has the higher salary? 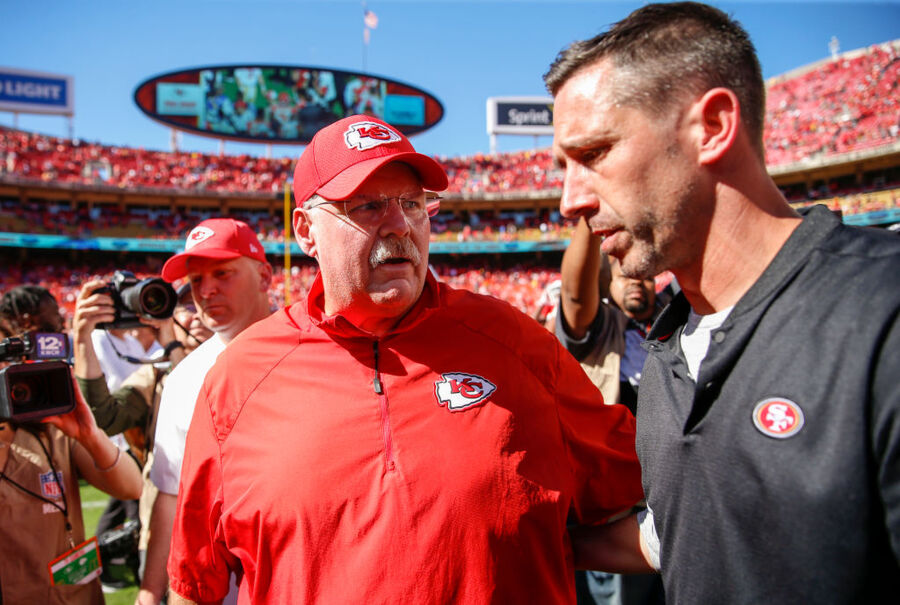 First, let's explore Shanahan's salary. After the Super Bowl in 2017, he signed a six-year, $21 million deal to become a head coach for the first time. The 49ers are paying Shanahan an average of $3.5 million per year.

What's more, Shanahan is only 40 years old. He's likely to earn at least one more big contract, with the potential for more if he keeps winning.

On the other side of the field: the 61-year-old Reid, who's been one of the most successful coaches in the regular season, with just three losing seasons in 21 years. He was making a cool $5.5 million per year the last time he was in the Super Bowl – and he's earning even more now.

Reid's latest deal, which he also signed in 2017, is paying him $8 million per year. After bonuses and other incentives, it could ultimately be worth more than $40 million. Reid has certainly earned it this postseason, doubling his playoff win total over the past ten years. If he can finally break through and win the Super Bowl, he'll be worth every penny.

Both coaches lead teams that could be back to multiple Super Bowls. But nothing's a given in the NFL, so they'll want to seize the opportunity in front of them. After all, a Super Bowl ring makes a handful of cash look that much better.