By Travis Pulver on November 2, 2015 in Articles › Sports News

Fans tend to be fiercely loyal to their favorite teams. If there is one thing they do not want to ever do, it is show any kind of support for their favorite team's hated rival. Most would say they would sooner die than back "that other team."

So when Comedy Central star. Daniel Tosh, host of Tosh.O and a big fan of the Miami Dolphins, put money on the New England Patriots Thursday night, there had to be a greater purpose. There had to be a reason why he was backing the devil Patriots.

Turns out there was. 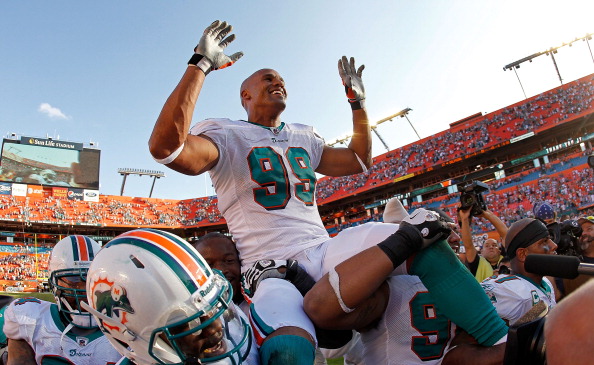 A friend of his, Andy Ritchie, has a brain tumor. The bills for something like that are pretty high, and likely a lot more than the best medical insurance is willing to cover. Insurance coverage or not, the hospital wants to be paid.

So to help out, Daniel Tosh placed a $25,000 bet that the New England Patriots would cover a 3½ point spread in the first half.

What? As a fan, how could he? Didn't he have any faith in his team? Hadn't he watched or at least heard about how well the Dolphins have been playing under Dan Campbell? Did he not see the offensive explosion against Houston? Of course he had, but this wasn't about being a fan. It was about helping a friend. So he auctioned off some TV show memorabilia to raise the money, and took the Patriots to cover the 3½ point spread at the half.

Yes, his team had been playing very well, but Tom Brady has been lights out this season. Could you blame him?

It's not like he wanted his team to lose. He just wanted them to lose in the first half. To make sure fans understood that he made the following statement to the Hollywood Reporter prior to last Thursday's game:

"If my Dolphins are winning, I'm happy. If they're losing, Andy gets some much-needed help. If the Dolphins are only losing by three points, there is no God. So please, Tom Brady, once in your life, you and Bill [Belichick] use your shady, dishonest cheating powers for good in the first half only. In the second half, I hope you get the s–t kicked out of you."

They didn't, of course, but the outcome of the game is not what matters. All that does matter is that a person in need received some much needed money.