To say Andrew Luck's retirement is shocking is putting it mildly. He's not even 30 yet. He's one of the best quarterbacks in the NFL. He's with a team that, before him, had the same quarterback – Peyton Manning – for 14 years. Colts fans expected at least that out of Luck. However, Luck has spent much of the past four seasons battling injury after injury and that is one of the reasons he's retiring. During his press conference on Saturday, he said, in part:

"For the last four years or so, I've been in this cycle of injury, pain, rehab, injury, pain, rehab, and it's been unceasing, unrelenting, both in-season and off season," Luck said Saturday night. "And I felt stuck in it, and the only way I see out is to no longer play football. It's taken my joy of this game away."He has missed a season and a half  of playing time with injuries including shoulder sprain, torn cartilage in the ribs, partially torn abdomen, lacerated kidney, concussion, torn labrum in his right shoulder. A lingering strained calf and ankle had him on the injury reserved list heading into the 2019 season.

By retiring, Luck is walking away from hundreds of millions in potential future earnings. If Andrew Luck played for another 10 years, Colts owner Jim Irsay believes he would have earned another $500 million. 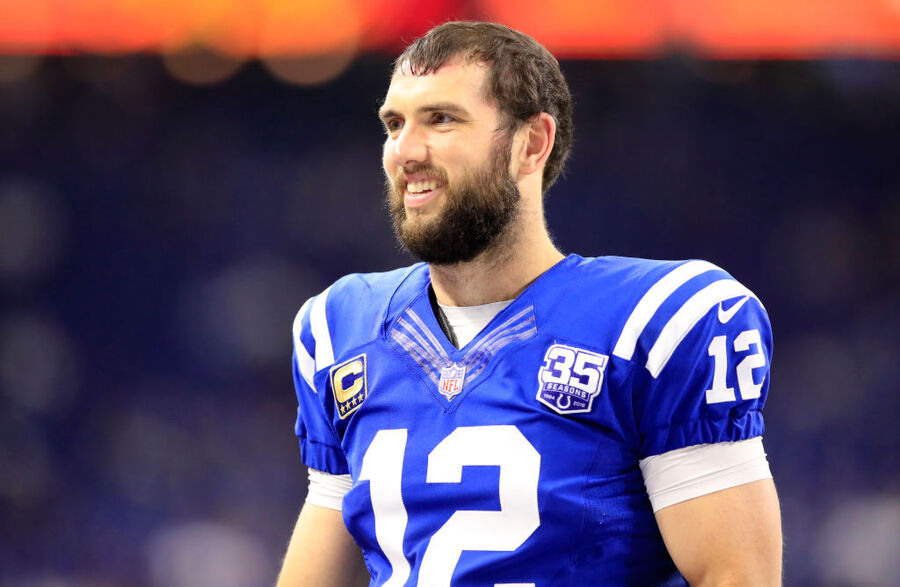 In retiring, Luck could have been on the hook for $24.8 million in bonuses he's received for the upcoming season. It is fully within the team's rights to try to collect the $12.8 million prorated part of Luck's signing bonus plus the additional $12 million in roster bonuses he received through March. But Colts owner Jim Irsay isn't doing that. Instead, he's allowing his former star quarterback to walk away from the game, essentially breaking his contract. What's more, Irsay wishes Luck, well, luck in retirement.

But why? Sure, Irsay has $2.7 billion, but $24.8 million isn't chump change. It could be simply that Irsay believes it's the right thing to do considering all the injuries Luck has suffered while playing for the Colts. Or, he may just be hoping that it is 24.8 million reasons for Luck to change his mind down the road and come back to football and the Colts. Sure, Luck has made up his mind for now – and his reasons for leaving the game are solid. But you can never say never in football – or professional sports for that matter. Just look at Brett Favre and Michael Jordan for examples of athletes that retired and came back.

There have been reports that Irsay and the Colts did their best to try and convince Luck to take an extended break to recover from his latest injuries. But Luck was adamant. Luck is officially retired and the Colts (if not their fans) are wishing him the best and sending him off with $24.8 million. That's the end of the story… at least for now.