As another college basketball season winds down, it's fun to reflect on some of the great stories from the past year. Gonzaga nearly pulled off an undefeated regular season. Minnesota went from winning just eight games last season to a No. 5 seed in this year's NCAA Tournament. Vermont and Princeton didn't lose a game in their respective conferences.

Two people who will look back fondly on the 2016-17 season are Louisville's Rick Pitino and Kentucky's John Calipari. After all, the two coaches each made more than $7 million – the first time multiple college basketball coaches have made that much in one season.

In fact, they're each making more than $7.4 million. Calipari's base salary is $7.1 million, while Pitino's is $5.1 million. They both receive compensation from outside the university, as well. Pitino's non-university amount included gave him an additional $2.25 million from Adidas, which provides gear for Louisville's teams. Pitino has a "personal services contract" with Adidas. 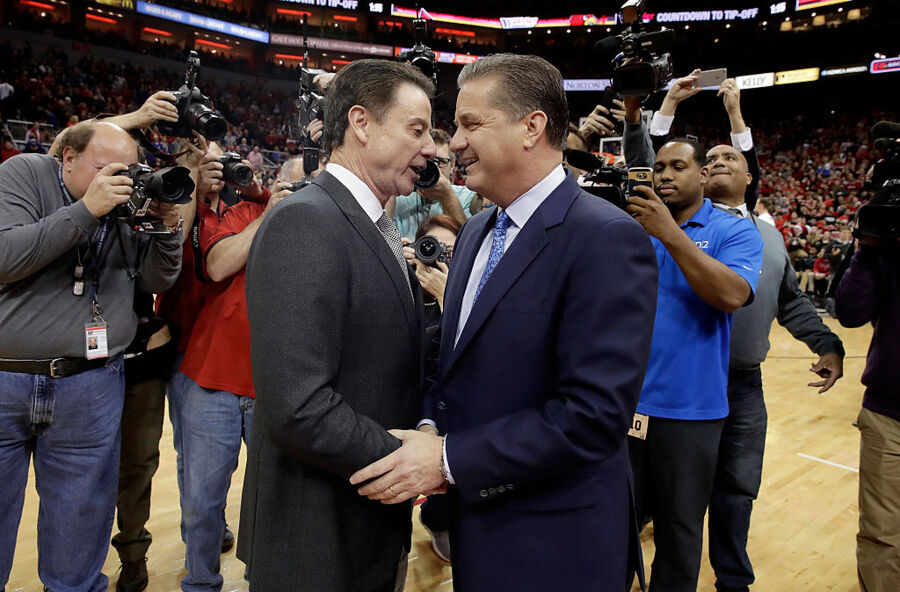 Calipari recently signed a two-year contract extension that keeps him with the Wildcats through March 2024. His salary will increase every year until he's making $8 million a year in 2019. At that point, he'll stay at that amount for the final six years of the deal, though Kentucky will review his pay in the summer of 2022.

For comparison, Calipari is making more in base salary than both of the two highest-paid college football coaches, Alabama's Nick Saban and Michigan's Jim Harbaugh. However, both Saban and Harbaugh earn more money overall.

College football coaches are still generally paid more handsomely as a whole as 36 college coaches made at least $3 million last season, while not even half as many college basketball coaches made that amount.

One coach earning at least $3 million is Wichita State's Gregg Marshall. The Shockers don't have a football team. As a result, Marshall – who's led the Shockers to five straight NCAA Tournament appearances – will make $3.5 million starting in 2018.

For now, Calipari and Pitino remain the only members of the exclusive $7 million club.