When Colin Kaepernick demanded a hefty contract extension following the 2013 season people thought he was nuts. Yes, he had played great the last couple seasons for the 49ers, but well enough to become the next $100 million man, like the rumor mill said he wanted to be?

Many thought no, but apparently the 49ers thought he had played well enough. They signed him to a six-year, $114 million deal. People thought they were nuts, but once the contract details emerged, it became clear just how smart the team is for doing so.

They were willing to pay him what he wanted, but only if he kept playing at a high level. 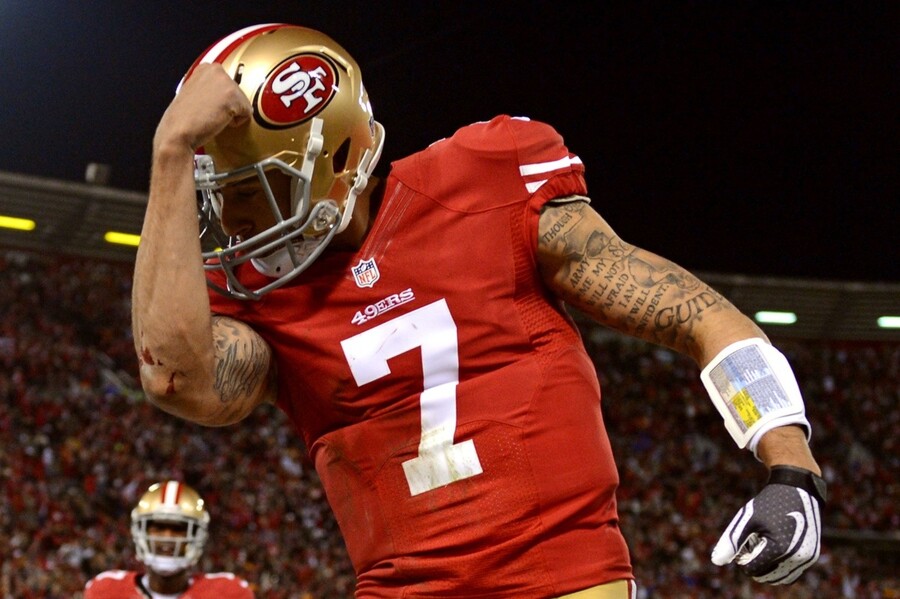 De-escalators were also included that would lower his salary unless he played well enough to be named to the All-Pro team or won took the team to the Super Bowl (and played at least 80 percent of the team's offensive snaps in the regular season and postseason).

While the deal came with a hefty signing bonus ($12.3 million) and a large guarantee ($61 million), his salary does not become guaranteed until April 1 each year. That means the team can cut him loose if they choose to do so without him costing too much against the next season's salary cap.

His predecessor, Alex Smith is averaging 261 yards a game.

Of course, the stats do not matter as long as the team is scoring points and winning, but the 49ers have not been doing much of either since he signed his big deal. During the 2013 season the 49ers averaged 25.4 points a game. Last season they averaged just 19.1 points a game, and so far this season they are the worst scoring team in the NFL with just 14.7 points a game.

They finished last season with an 8-8 record. Through Week Seven this season they are 2-5.

Should they decide enough is enough after this season he will lose out on $93.2 million ($81.2 million in base salary, $10 million in roster bonuses, and $2 million in workout bonuses). He'll get picked up by someone, but he'll get paid nothing close to what he was scheduled to be paid.