Colin Kaepernick recently unleashed a social media firestorm when he refused to stand during the national anthem about a week ago, prior to a preseason game. The following week, he again refused to stand, though this time, he decided to kneel during the anthem out of respect for members of the military. All of this, according to Kaepernick, is to raise awareness about the mistreatment of black people, particularly in underprivileged areas of the country.

And now the quarterback who took the 49ers to the Super Bowl in 2012 is adding financial backing to his efforts. He has pledged to give the first $1 million (of nearly $12 million total) that he earns this season to organizations that are working toward racial equality and the elimination of police brutality. Said Kaepernick in a press conference:

"It was something I was thinking about to try to make sure I am not just talking about something, but I am actively being involved and actively trying to make a change in these communities." He later added, "I've been very blessed to be in this position and make the kind of money I do, and I have to help these people." 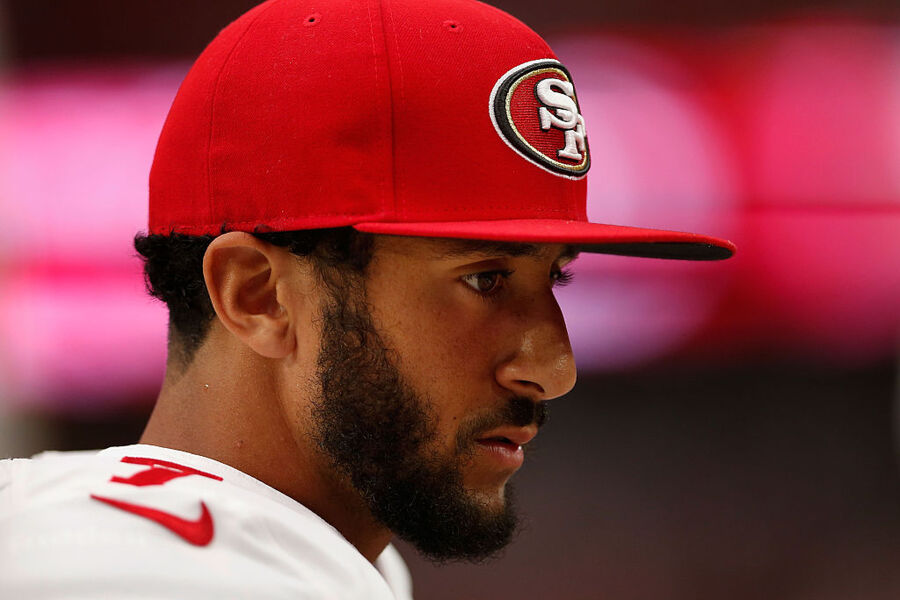 Naturally, the 49ers quarterback's actions have unleashed all kinds of controversy. Many people are upset with Kaepernick, claiming that he's anti-American, anti-military, and/or just downright selfish. Others stand behind his actions, believing that he's behaving honorably and fighting for a just cause.

Some football players are beginning to stand (kneel/sit) with Kaepernick, as 49ers teammate Eric Reid knelt with Kaepernick prior to the preseason game against the Chargers, and Seattle Seahawk Jeremy Lane sat during his preseason national anthem to show his support. Lane told the press, "It's something I plan to keep on doing until I feel like justice has been served."

On social media, there is a coalition of military veterans beginning to rally around Kaepernick's cause with the Twitter hashtag #veteransforkaepernick. Nate Boyer, a former Green Beret and also a former member of the Seahawks practice squad, wrote an open letter to Kaepernick about his concerns for the quarterback's position. Apparently, the two were able to find some common ground, as Boyer posted a photo of the two smiling together on social media, with the caption, "Let's just keep moving forward. This is what America should be all about." Boyer also had the opportunity to join Kaepernick on the sideline during the anthem before the Chargers game on Thursday.

Hopefully, Kaepernick will make good on his seven-figure pledge, and hopefully it causes some positive change in the world. If his performance from last season is any indication, he certainly seems to have a better chance at this point of positively impacting the world than he does of making a positive difference for the 49ers.