The Alliance of American Football kicked off the weekend following the Super Bowl, giving fans another outlet to get their football fix. And the actual product on the field isn't too bad, either. With former NFLers and college stars looking to make an impression and get another shot in the NFL, there's plenty of talent to go around.

However, you may have noticed one guy was missing from the action. This player has been off of NFL rosters for a while, now, but he maintains he can still play.

It's not for lack of trying. The AAF claims it spoke with Kaepernick about playing in the league. Kaepernick said he wanted $20 million to suit up, per league sources. 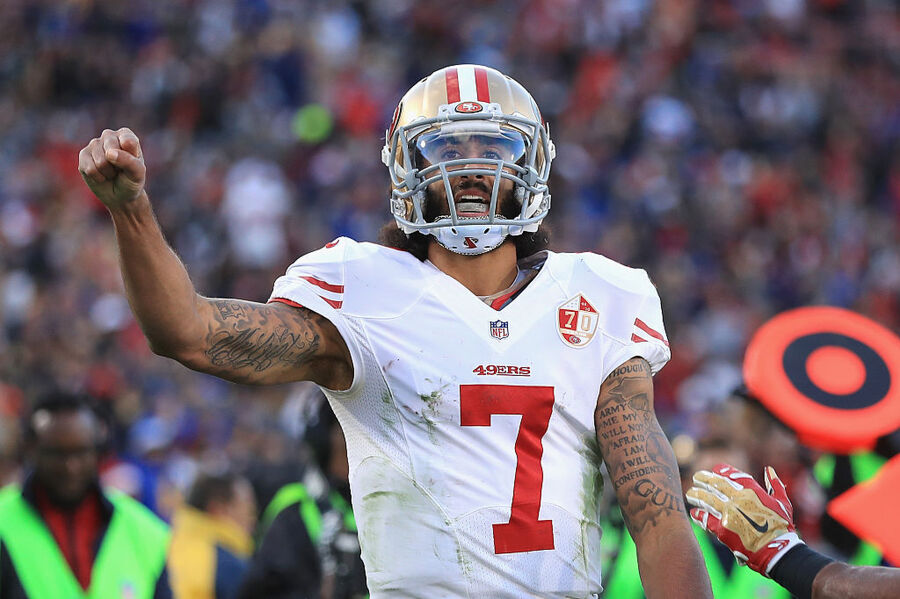 You may be thinking that's a hefty asking price. And…well, you'd be right. AAF players can earn $225,000 over three seasons. They can join the NFL in May, but if a team doesn't sign them, they have to return to the AAF.

Analyst Darren Rovell said he heard Kaepernick asked for even more than $20 million. That makes his salary demands at least 89 times more than every other player is receiving.

The league also approached Tim Tebow about joining, but he declined. The former Denver Broncos quarterback said he preferred to continue his baseball career.

AAF co-founder Bill Polian told The Athletic that the league had talks with Kaepernick as the league was being developed last year. But those talks fell through, and Kaepernick remains on the sidelines. No word from Kaepernick or his camp on the salary request.

More than 80 percent of AAF players have either participated in NFL training camps or spent time on an NFL roster. But very few of them are stars, or even high draft picks.

Kaepernick has made it clear, though. If he's to return to football, it's going to be in the NFL.