Colin Kaepernick Reportedly Gets $60-$80 Million Settlement From The NFL

The collusion case between the National Football League and players Colin Kaepernick and Eric Reid has reached an official conclusion according to a statement from both the NFL and the players' attorney, Mark Geragos. That statement doesn't go into too many details on the settlement between the involved parties, but speculation by certain unnamed officials with the NFL reported on by the press estimates the financial value of the settlement to be between $60 million and $80 million.

"For the past several months, counsel for Mr. Kaepernick and Mr. Reid have engaged in an ongoing dialogue with representatives of the NFL. As a result of those discussions, the parties have decided to resolve the pending grievances. The resolution of this matter is subject to a confidentiality agreement so there will be no further comment by any party."

It wouldn't be wise to hold your breath for any official figure on the settlement received by Kaepernick and Reid from the NFL, but other anonymous NFL sources have been quoted as putting the amount as between $60 million and $80 million, with some earlier rumors putting it at closer to $100 million. Still others say the final amount is far less, but Kaepernick's recent refusal to play in the AAF for any less than $20 million suggests a significant payday. 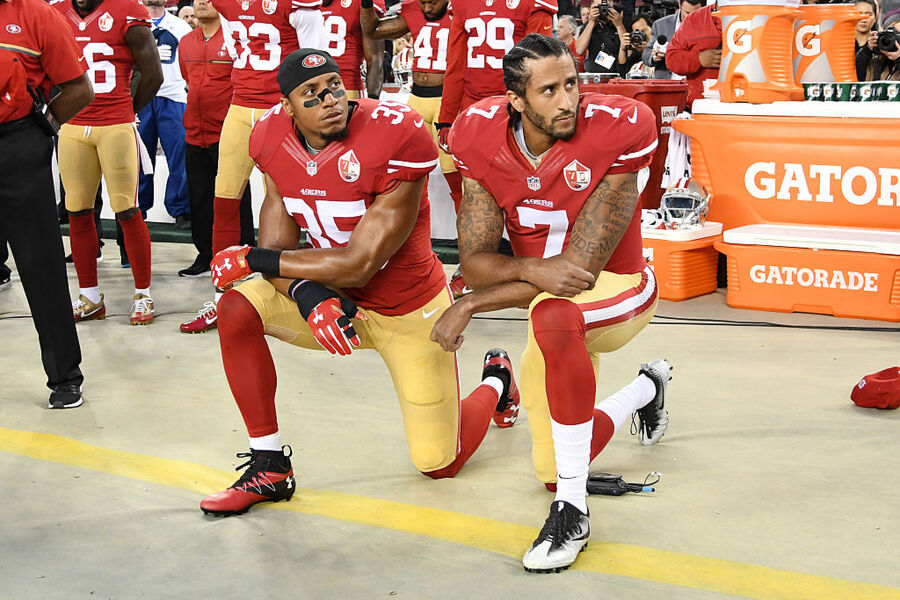 The NFL Players Association released a statement of its own regarding the settlement:

"Today, we were informed by the NFL of the settlement of the Colin Kaepernick and Eric Reid collusion cases. We are not privy to the details of the settlement, but support the decision by the players and their counsel. We continuously supported Colin and Eric from the start of their protests, participated with their lawyers throughout their legal proceedings and were prepared to participate in the upcoming trial in pursuit of both truth and justice for what we believe the NFL and its clubs did to them. We are glad that Eric has earned a job and a new contract, and we continue to hope that Colin gets his opportunity as well."

Kaepernick has been without a job in the NFL since 2016, and in October of 2017 he filed a grievance against the NFL alleging collusion between the league and various team owners to keep him that way due to his practice of kneeling in protest during the national anthem before games. Had he been able to stay with the 49ers during the 2017 season, he would have started with a reported base salary of $14.5 million.