It's gotten Kaepernick a lot of attention, though now he's got the chance to make people take notice during games, too.

After a 1-4 start with Blaine Gabbert leading the way, the San Francisco 49ers named Kaepernick their starter for Sunday's game against the Buffalo Bills. In order to become the starter once again, Kaepernick needed to restructure his seven-year, $126 million contract with the Niners.

The two sides agreed to a one-year, $11.9 million deal with the ability for Kaepernick to opt out during the 2017 season. In doing so, Kaepernick is giving up the final four years of the contract that were worth $65.3 million. Through the end of the season, Kaepernick will have made just $25.7 million of his contract. If Kaepernick stays in San Francisco next season as well, he'll make $16.5 million.

League sources say this deal was necessary to get Kaepernick back under center. He had injury guarantees built into his original contract that included $61 million if he were to suffer a career-ending injury. If Kaepernick had gotten badly hurt this season prior to restructuring his contract, the 49ers would be on the hook for more than $35 million. 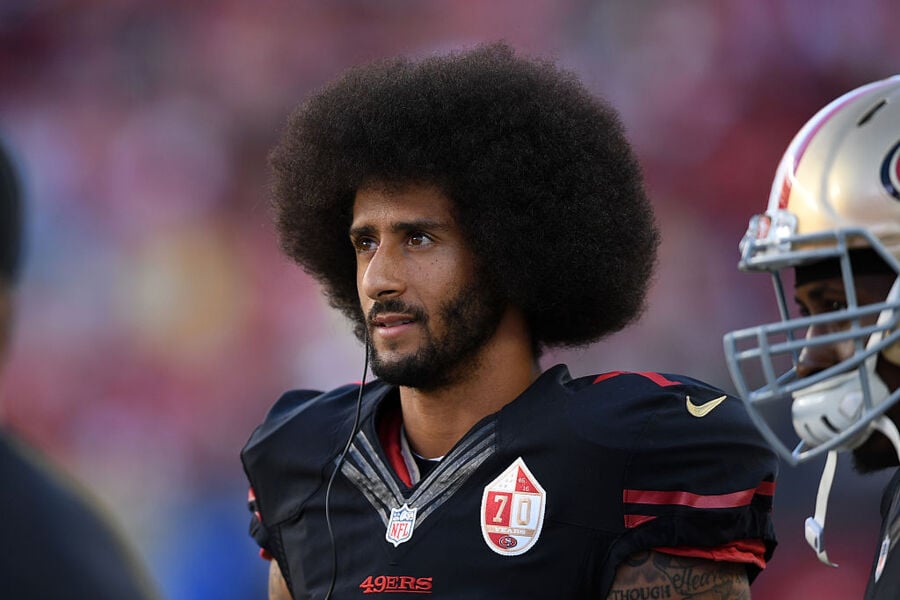 With Kaepernick's propensity to get outside of the pocket and run with the football – not to mention that players in Chip Kelly's offense tend to run more plays than the average NFL team – it was a gamble the 49ers weren't willing to take.

In addition to saving the Niners some money in the long run, it will have an immediate effect next season if Kaepernick decides to leave via free agency. His departure would free up more than $19 million in salary-cap space, which the Niners could use in an attempt to fill up other shortcomings on their roster.

While it seems like Kaepernick is giving up a lot, this deal could work out well for him, too. He's now essentially auditioning for a job elsewhere next season – if he plays well, there are several teams in the league that could use an upgrade at quarterback. Kaepernick turns 29 this season, which is fairly young for the position. He could still get another big payday if he performs well on the field.

While the Niners are free to cut Kaepernick at any time for virtually no cost, his deal includes some added incentives, including playing time bonuses and roster bonuses that have been added to his guaranteed salary. If he does return to his peak form, Kaepernick could set himself up for a lucrative contract. And even if he doesn't, he'll still get what he wanted at the start of this season: to get out of San Francisco. He just might be doing it with a lot less money to his name.