Colin Kaepernick Has Filed A Collusion Grievance Against The NFL… But Will It Get Him Signed By A Team?

It's been nearly eight months since Colin Kaepernick opted out of his contract with the San Francisco 49ers. Since then, he's been talked about by plenty of media members, but few NFL teams have expressed an interest in him and he remains a free agent.

And so, Kaepernick has filed a collusion grievance against the NFL.

While Kaepernick's stats last year weren't exactly out of this world, some fans and players have suggested that he at least deserves a spot on a roster.

However, it's going to be difficult for Kaepernick to actually prove collusion. He can't just point to the fact that he hasn't been signed. He needs to show proof that teams made an agreement, either written or expressed, to not sign him. 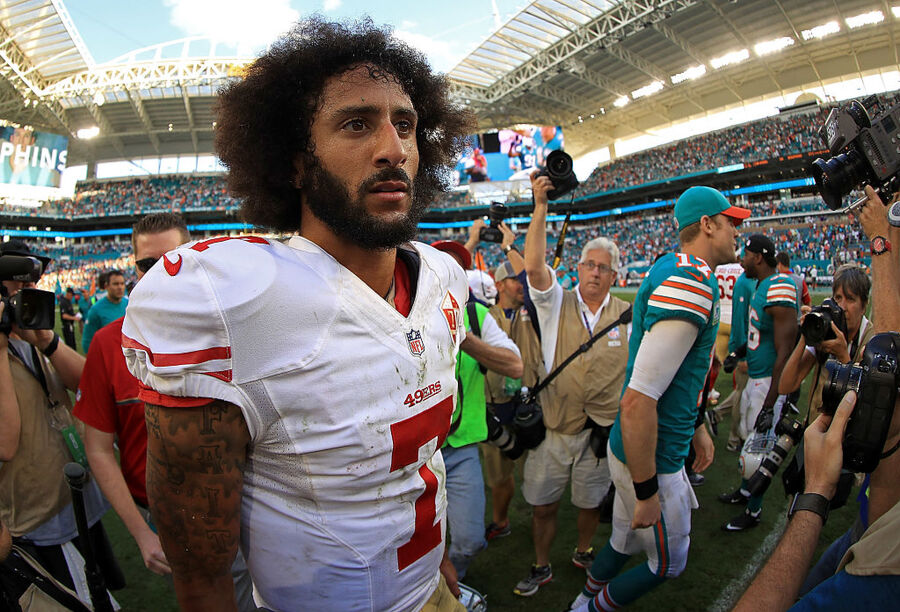 And even if Kaepernick can successfully prove a grievance, it doesn't guarantee a roster spot. He'd simply receive compensation from an arbitrator.

But is there another reason behind Kaepernick's grievance filing? According to Pro Football Talk's Mike Florio, yes: Kaepernick may be looking to terminate the existing collective bargaining agreement, which currently lasts until 2020. If the CBA gets terminated early, players will have a lot more leverage than they do right now.

Kaepernick may also just want to make the NFL look bad. They haven't done anything to help him, and he may feel like he has nothing to lose at this point. If the league actually did collude against Kaepernick, it would be a big stain on the league's image.

This grievance probably means Kaepernick's on-field career is over. But if he has his way, he'll at least make one more big play in the NFL.