The Houston Astros surprised the baseball loving free world this past season by becoming a competitive, postseason-worthy team.  Their success can be tied to a number of things: quality pitching, some phenomenal young talent, and some surprising power. The Astros have not been known for their power (163 home runs in 2014), but in 2015 they finished second in the league with 230 home runs.

Colby Rasmus chipped in the second most on the team with 25, and often seemed to do so when the team needed them most. Rather than let him walk in free agency Houston opted to make what is called a qualifying offer so that if he left they would be compensated with an extra first round draft pick. 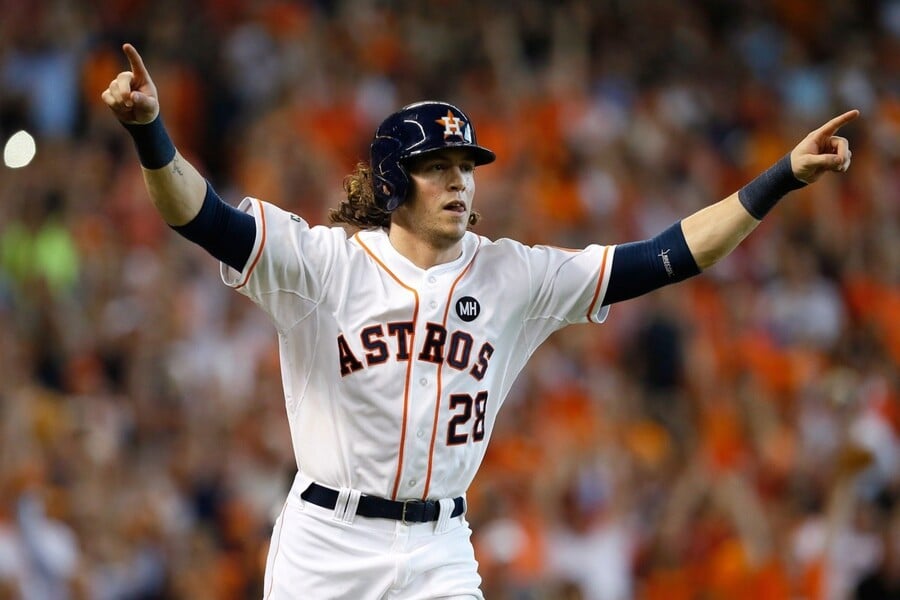 So—what is a qualifying offer? It is an offer that teams can make players that are set to become free agents. It equals the average of the top 125 salaries from the previous season, which is $15.8 million this year.

Should a player decide to take the deal he will play on a one year deal for the coming season. If he rejects it and signs with someone else the team that signs him gives up their first draft pick. The team that loses him gets what is called a compensatory pick, an additional pick at the end of the first round.

Maybe they wanted him to walk. Houston has done a good job of building through the draft lately, so maybe they hoped to get another first round selection. In the three years that the qualifying system has been in place no one has ever accepted an offer.

If that was indeed the case, the Astros were overlooking one very important fact. Yes, the 25 home runs are nice, but who is going to pay a guy that only hit .238 more than $15.8 million a season?

No one. Tack in the fact that the most Ramus has ever made was the $8 million Houston paid him for last season, and the idea of getting paid almost double that had to be pretty appealing to Rasmus—so he made history and became the first player to ever accept a qualifying offer.

Why not test free agency and try to get a more lucrative deal or at least a longer one that gives him a little more job security?

Most players do turn down their qualifying offer in hopes of more money and/or a long term deal, but Rasmus knew the money wasn't going to be more than $15.8 million. He would have received several offers, but none of them would have come close to matching that. Most guys would prefer to have longer deals, but Rasmus has only played on one year deals so it isn't a big deal for him.

Two other players have since accepted their qualifying offers, Baltimore Orioles catcher Matt Weiters and Los Angeles Dodgers pitcher Brett Anderson. While Rasmus is not the only one to accept a qualifying offer he will go down as the first to do so.