It Pays Really Well To Be A Career Back Up QB… Just Ask Clipboard Jesus, AKA Charlie Whitehurst

By Travis Pulver on January 3, 2016 in Articles › Sports News

As kids, many guys play football with their friends and dream about making it big in the NFL. They want to be the guy throwing the touchdown pass, sacking the quarterback, or breaking tackles. What they don't want to be is the guy on the sideline, holding the clipboard that hardly ever plays – if he ever plays.

That is exactly what the career of Indianapolis Colts quarterback Charlie Whitehurst, aka Clipboard Jesus, has been like.

Not that he wanted it to be that way. After becoming the first Clemson quarterback to go 4-0 against South Carolina, the Tigers' hated rival, he had hopes and dreams of NFL glory just like the next guy. With close to 10,000 passing yards and 49 touchdowns, there was every reason to think it could happen, but it just didn't. 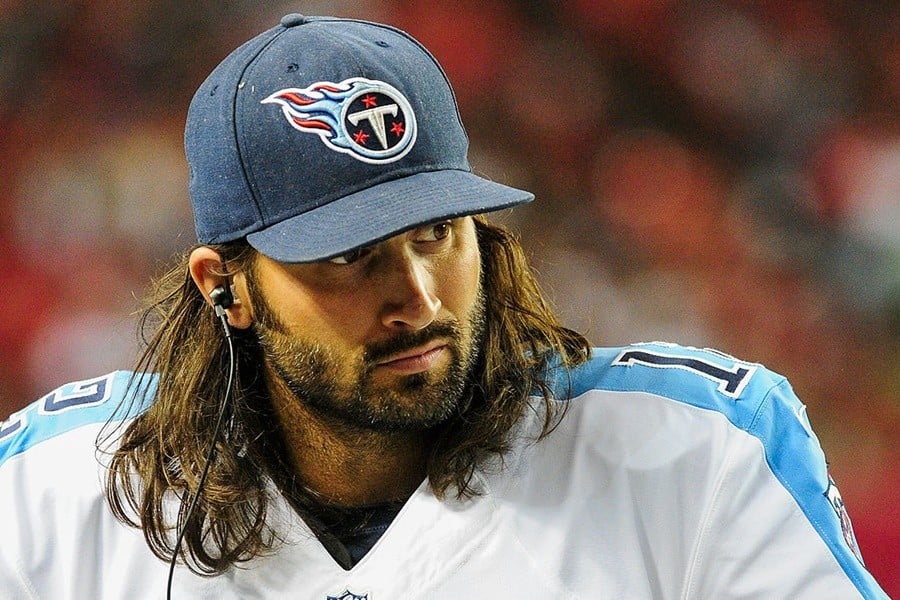 After ten years in the league, he has started nine total games, completed 54.7 percent of his passes (196-358) for 2,203 yards, 10 touchdowns, and seven interceptions. They aren't exactly great numbers, but for some reason teams keep signing him anyway.

That, of course, means that he keeps getting paid to be an NFL player, if not someone who actually plays football in the NFL. While he hasn't made nearly as much as Vince Young, Matt Leinart, or Kellen Clemens – all guys that were drafted before or him and are already out of the league – he has done well for himself over the years.

Would it be nice to make the $22 million that Andrew Luck made over the last four seasons and play a lot more? Of course, but it sure isn't bad to make $17.4 million over 10 seasons for doing a lot less work, either.

Charlie Whitehurst has not been signed because teams want him to play. They will actually sign him, hoping he doesn't, because if he does, that means their No. 1 guy, and probably their No. 2 guy, have been injured and they are out of options.

When it comes to choosing a back-up, a team would rather go with a guy like him, who has played and been decent over a completely unproven player, or one who will cost too much.