During his career, former running back Clinton Portis was known for his wacky personas. Coach Janky Spanky, Dr. I Don't Know, Sheriff Gonna Getcha – Portis embodied these characters by donning flamboyant costumes, speaking in accents, and generally having a lot of fun with the media.

However, since his time in the NFL, Portis has experienced quite a few hardships. And if not for the guidance of a friend, he might now be in jail.

Four years ago, Portis was sitting in a car outside of a building in Washington, D.C. He was holding a gun and waiting for one of the managers whom he felt had wronged him financially. Before he saw that manager, though, a friend called Portis.

The friend, a television producer who also served as a family therapist, talked him out of committing murder. Portis told Sports Illustrated in a recent story: "It wasn't no beat up. It was kill."

The friend encouraged Portis to think about his family, which included his mother and his four boys. She told him that even though the money was gone, his family was still there and would still support him.

Fortunately, the conversation with the friend was just what Portis needed. He calmed down before seeing the manager he was looking for. He didn't specify who it was, just that it was one of the several managers who handled his funds. Portis acknowledged he'd probably be doing the interview from prison if the friend hadn't intervened and if he had seen the manager before settling down.

Over his nine-year career, Portis made $43.1 million. Most of that money disappeared through a number of failed investments and schemes, as well as through the actions of his financial managers. 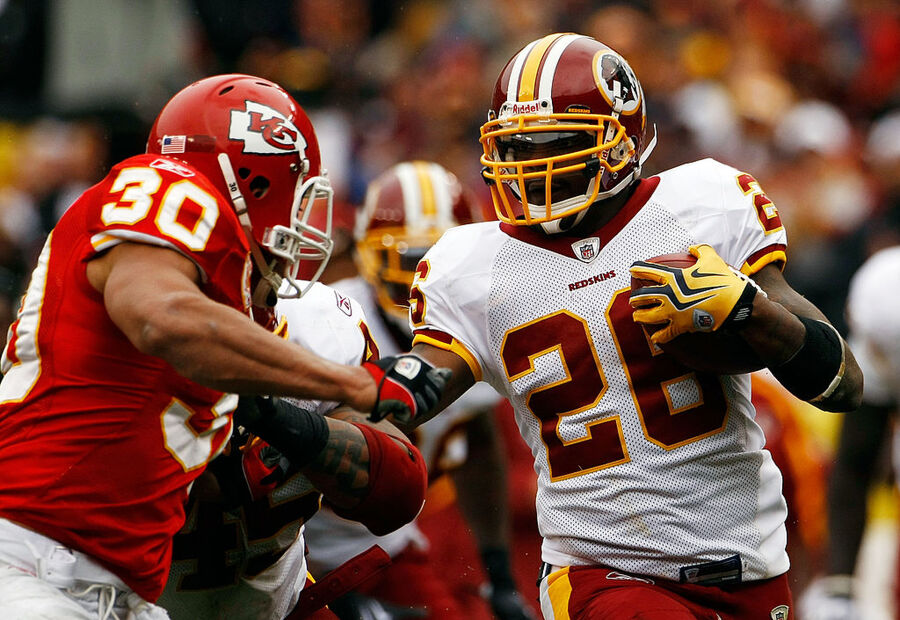 From 2011 to 2013, Portis filed multiple lawsuits against his financial adviser Jeff Rubin and associates, with part of those lawsuits focused on a $1 million investment in a southern Alabama casino. The suit reportedly says that Rubin's company opened an account for Portis at BankAtlantic using a forged signature. That led to more than $3.1 million in withdrawals without Portis's knowledge. He also lost money in a Ponzi scheme that he was talked into by another manager, Jinesh Brahmbhatt.

The former managers were stripped of their work in the financial sector but didn't face any kind of prosecution. That enraged Portis, who sought revenge.

Both Portis and teammate Santana Moss acknowledged Portis was loose with his money during his playing days. Moss said Portis didn't think about the future, while Portis admitted he liked to spend lavishly on houses, cars, and women.

It wasn't clear just what kind of dire straights Portis was in financially until 2015 when he filed for bankruptcy. Part of his debt included $500,000 owed to his mom, which Portis said was from an adviser taking out a loan against the home without Portis's blessing. Portis also sold homes in Virginia and Florida, receiving less money than he paid for them.

The last time Portis played was in 2010. He retired with 9,923 career rushing yards, good for second all-time on the Redskins rushing list. He's eligible for up to $1.5 million of the NFL's $1 billion concussion settlement.

In order to receive that money, though, Portis must undergo tests for early signs of dementia. Portis, who missed the final eight games of the 2009 season with a concussion and, by his count, suffered at least ten concussions over the course of this career, has refused to take those tests.

The biggest reason he hasn't gotten tested? He's scared of the results. The Sports Illustrated piece says Portis sometimes gets lost in the once familiar streets of his neighborhood. Sometimes he'll start a sentence and not know how to finish it, so he'll repeat himself while he's thinking.

Nowadays, he works for a number of media outlets around Washington, joining radio shows and television broadcasts with other former teammates. He believes through those appearances as well as other speaking fees, he can make back some of the millions he's lost.

Most importantly, he seems more at peace with life than he did four years ago. And he has one friend to thank for helping put everything into perspective.