Winning the NBA Finals in four games might not be the best move if the Warriors want to rake in some extra cash for next year. Should they clinch the Finals, the team will be out over $22 million, according to estimates by ESPN. This large sum comes from the combined ticket sales, food, and merchandise that would be sold in Game 5 and 7, which they would play at home in Oakland's Oracle Arena.

Assuming the average ticket for Game 5 would cost around $600 for season-ticket holders and more money would flow in from resale tickets, the ticket prices alone would draw in over $10 million for each game. Anyone who attends the games also spends an average of $35 on food, beverages, merchandise, and parking. Taking out the various vendor and service fees, they calculated a net gain of $17.50 per fan for Game 5 and $20 per fan in Game 7.

Before entering the Finals, the two teams lost a collective total of a single game in the past two months. Their success shows in the huge gap between the ticket prices at other stadiums. During that time, Warriors home game tickets averaged just under $500 a seat. When they faced the San Antonio Spur for the Western Conference Finals, Spurs tickets were selling for as low as $60. 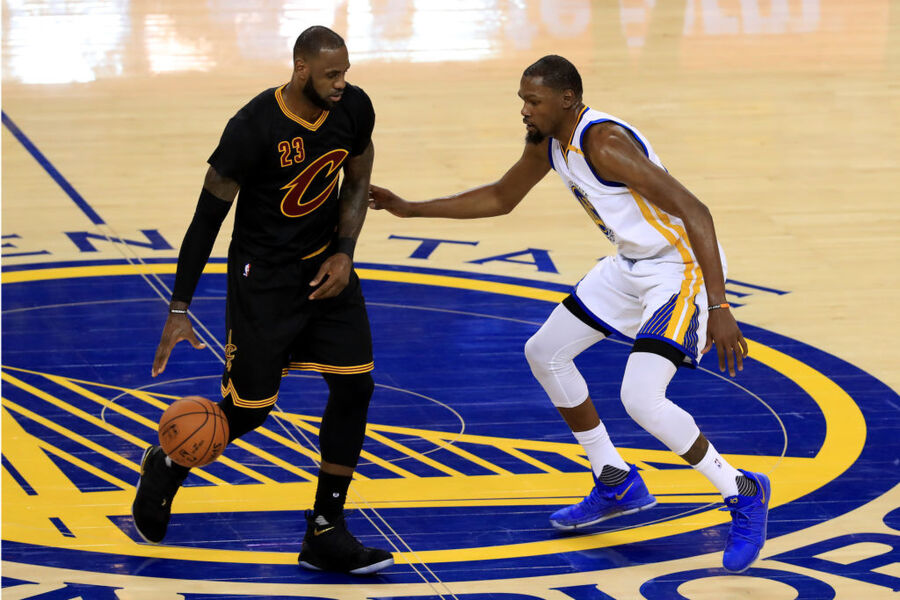 Tickets for this home run have actually been cheaper than in previous years, with the least expensive seats going for just over $400. Last year, those same tickets sold for over $650. Cleveland's home games have always been significantly cheaper, with the lowest ticket sales hovering around $325 a seat.

Game 7 in Oakland would be the most expensive game of the Finals, with the lowest tier of seats going for prices ranging from $875 to $1000, which is on par with last year's prices. The average price of a seat is closer to $2800.

This is all contingent on the Warriors losing either tonight, Friday, or both. But it's hard to believe that the Warriors organization would actively root for a loss. The losses involved also don't account for the immense amount of money that will come in if the Warriors win yet another NBA Championship.

Both the Giants and the Warriors have proven in all of their recent playoff successes that they excel in playing games on the road.  If fans are rooting for them to lose a game, it's only so they can see them finally clinch the title at a home game.