Life as a professional basketball player has been good to J.R. Smith. He was able to become a millionaire straight out of high school. He got the chance to play in China during the lockout. Over the course of 12 NBA seasons, he has made over $44 million. Some guys earn that in less than two seasons, but it is more than enough to allow a person to live the good life.

However, with the good comes the bad. Fame can be nice, but it has its drawbacks, as well. Smith experienced one last November, when the Cavaliers were in New York for a game. After leaving a nightclub called 1Oak in the early hours of the morning, he decided to grab a slice of pizza. While there, a fan asked if he could take a picture with him. Sounds simple, right? Just another day in the life, right? Not exactly.

That is when things went bad. 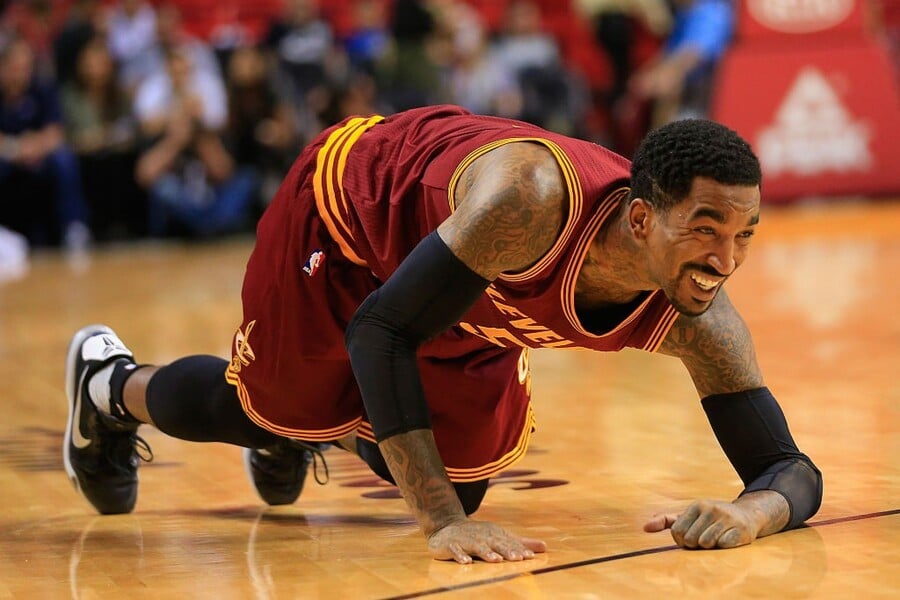 According to the fan, Justin Brown, Smith declined to take the picture, and then choked him and hit him in the head and neck. However, the police report indicates that Smith only reacted after Brown yelled," That's why you got kicked out of New York." Smith had been traded to Cleveland by the Knicks during the 2014-15 season.

Smith was not arrested, but the Manhattan district attorney looked into the incident anyway. After a two-month investigation, the DA decided not to file charges. Brown is suing Smith for $2.5 million for his injuries and emotional distress.

After a recent game in New York, Smith declined to comment on the suit or incident, but did comment on how supportive the Cavaliers organization has been. His attorney, on the other hand, had plenty to say:

"If they have the audacity to file a frivolous claim against J.R., we will counterclaim for defamation and defend the suit aggressively," Alex Spiro said. "This was a cash grab from the start."

While there wasn't enough evidence to pursue criminal charges, a civil court could decide there is enough to find Smith responsible to some degree. They could also decide he is not responsible, since he was provoked.

In the future, it might not be a bad idea for NBA players to avoid 1Oak. Trouble seems to follow too often after NBA players go there. Along with Smith's incident in November, former Indiana Pacers forward Chris Copeland was stabbed outside of the club last April. The same night, Atlanta Hawks forward Thabo Sefolosha suffered a broken leg after a struggle with police.