The Cleveland Browns have long been a bottom-dweller in the NFL. The team hasn't made the playoffs since 2002 and hasn't even had a winning season since 2007. Current head coach Hue Jackson is 1-23 during his Browns tenure.

So perhaps it's unsurprising that they just made one of the dumbest moves the NFL has ever seen…and it may have actually prevented them from making a bad trade.

Here's how it went down: during an unusually busy trade deadline, the Browns tried to get in the mix by trading for Bengals backup AJ McCarron (and presumably also his beauty queen and model wife, Katherine Webb). Cleveland offered a second and third-round pick for McCarron, who has started a grand total of four games in two and a half seasons in the NFL.

McCarron played well enough in those games, but that's still a pretty hefty offer from the Browns. Even worse, they'd be giving valuable draft picks to a division rival. 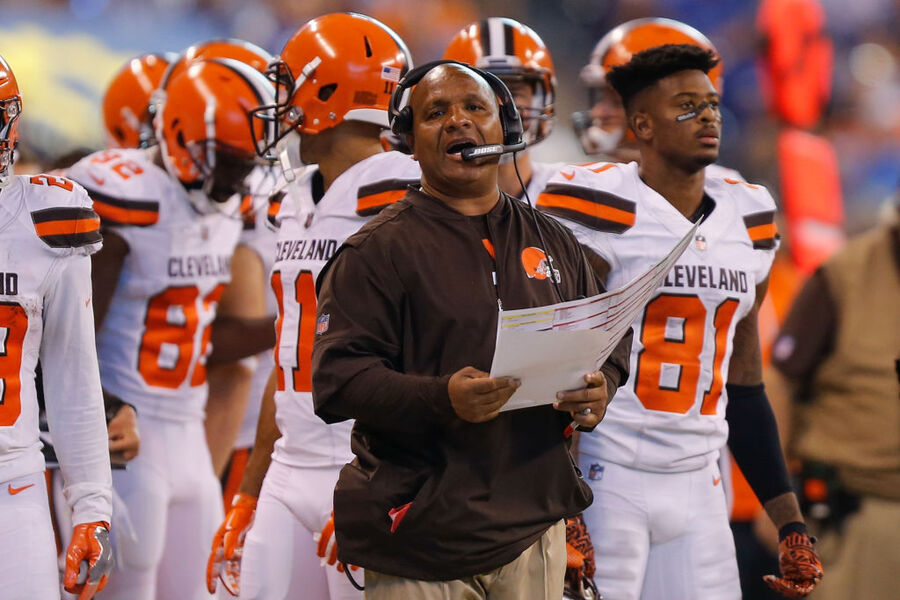 Per Adam Schefter, the two sides agreed to the trade at 3:55 pm Eastern on October 31, just five minutes before the trade deadline. The Bengals sent over the paperwork for the trade to the league offices. The Browns… didn't.

Turns out, instead of notifying the NFL offices, the Browns sent paperwork to the Bengals, expecting them to forward it along to the proper place. Though Cleveland lobbied the league to let the trade go through anyway, the deal didn't happen.

And now, both teams are back where they started. Except the Browns have a rookie quarterback in DeShone Kizer – whose confidence at the moment probably isn't all that high to begin with – and everyone in the league knows they bungled this trade in a very silly way.

Or, as jaded Browns fans might say, it's business as usual.