By Travis Pulver on November 6, 2015 in Articles › Sports News

Why would you want to own the Cleveland Browns? The franchise has done nothing but lose since it returned to the NFL, and there does not appear to be an end in sight to the losing. However, in spite of the team's track record, Jimmy Haslam was okay with paying a cool $1 billion for a team worth $977 million, back in 2012.

Fast forward to 2015, and the Browns are now worth $1.5 billion, making it pretty clear why Haslam would want the Browns. Even a bad NFL team is a solid investment.

So apparently he is a pretty savvy businessman, but is that how he came to be worth $3 billion? 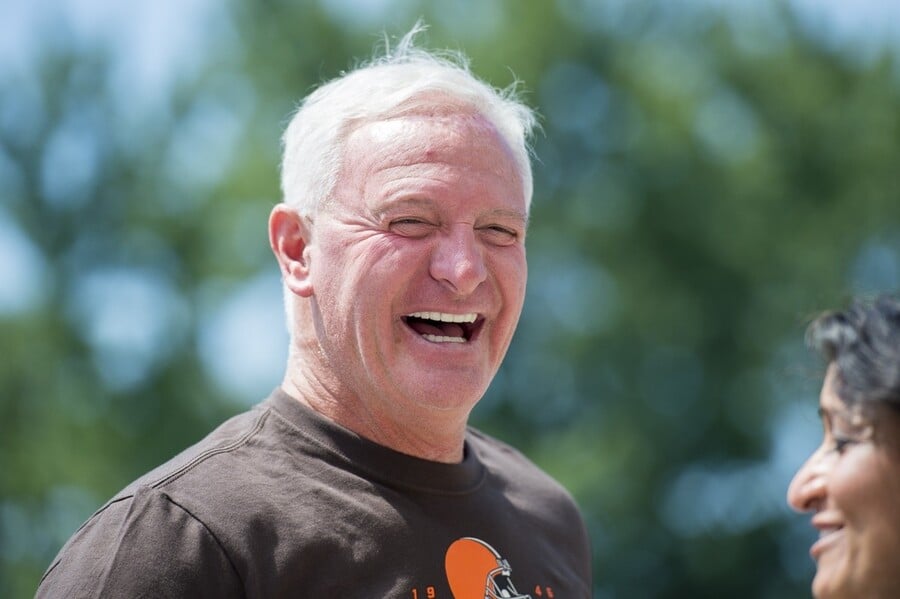 Haslam's fortune originated the same way it did for many team owners – he inherited it. His dad founded the Pilot Flying J Corporation, a chain of truck stops and convenience stores across the United States and Canada.

Back in 1958, he started the company and purchased his first gas station for $6,000. By 1965, the company expanded to a dozen gas stations, but was struggling with debt so he ended up selling half of the company to Marathon Oil. From this deal, he obtained enough capital to get out of debt, a consistent supply of oil, and the ability to expand the company.

In 1974, his wife Cynthia passed away and Jimmy Haslam, who was a student at the University of Tennessee at the time, joined the company's board of directors. Shortly after, the company opened its first convenience store, and in 1981, opened the first travel center, for which the company is known today.

The company did well enough that Haslam was able to buy out Marathon in 1988, in order to regain complete control of the company. By 1994, Pilot Oil Corporation had become the second largest truck stop chain in the country. A year later, Jimmy Haslam took over as CEO.

Over the years, Haslam continued to expand the company, but it wasn't till 2010, when it merged with the bankrupt Flying J truck stop chain, that it became became Pilot Flying J. Fast forward to the present and the company is the eighth-largest privately owned company in the country, valued at $31 billion.

Some would say the value is a probably little inflated, as Haslam is a dirty, underhanded individual. Not long after he bought the Browns, Haslam's company became the center of a fraud investigation. It appears that the company had promised rebates and discounts to customers, and has never followed through with them. In the end, Haslam paid a $92 million fine to make the whole mess go away.

So, considering he owns a company worth $31 billion, it is easy to see why Jimmy Haslam is worth $3 billion and could afford to pay $92 million in hush money and $1 billion for the Cleveland Browns.