Damian Lillard is perhaps the greatest player to ever wear a Portland Trail Blazers uniform. He's already the franchise leader in made three-pointers (2,144), free throws (3,926), and player efficiency rating (22.2), and he should surpass Clyde Drexler in total points by the end of this season. He's also maintained his loyalty to Portland, working hard to build up his brand and image over the past decade.

One player who knows Lillard just about more than anyone is CJ McCollum. The pair were the starting backcourt for the Trail Blazers for six seasons before McCollum was traded to the New Orleans Pelicans last year.

McCollum told HoopsHype that he expects big things out of Lillard to achieve something few players have done before him. 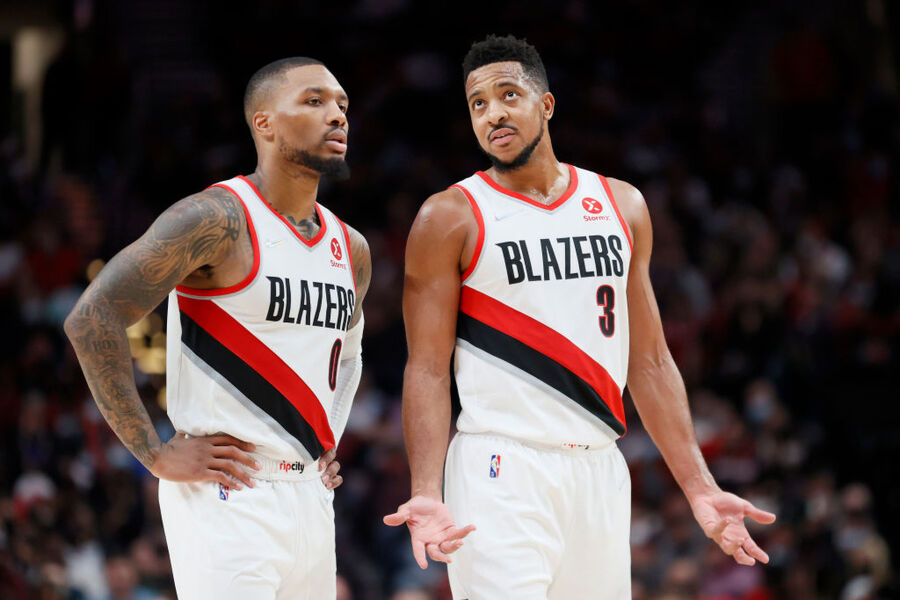 "I joke with him all the time that if he doesn't become a billionaire before this is over, you did something wrong."

Let's start with his on-the-court earnings. Lillard has made just over $193 million during ten years in the league. He's locked up for the foreseeable future, too. He'll make nearly $195.5 million over the next four seasons. During the 2026-27 season, Lillard has a player option for $63,228,828. If he opts in, that's about $258.7 million for the next five years.

By then, Lillard will be 37 years old and have made about $451.7 million. His game should age gracefully, so it's likely he gets one more multi-year contract (either in the summer of 2026 or 2027, depending on if he opts out).

Salaries have ballooned over the past few years, so it's reasonable to assume even a modest Lillard deal could net him another $100 million. And who knows? If he's still playing at a high level and Portland is a championship contender, he could potentially earn $150 to $200 million.

Lillard has made lots of money off the court, too. He signed a ten-year, $100 million deal with Adidas during his sophomore season and his signature shoe is among the company's best sellers. Between Adidas, JBL, Spotify, and Panini, Lillard earns about $15 to $18 million per year in endorsements. He also receives a cut of any of his merch, from jersey sales to trading cards.

On top of that, Lillard has released multiple albums under his Dame D.O.L.L.A name. He has more than 21 million views on YouTube and over a dozen songs that have hit a million streams on Spotify.

Even if we make a conservative estimate on future income, Lillard will likely be approaching $750 million in career salary, endorsement, and music earnings by the time he retires. With such a diverse portfolio, he just might turn McCollum's joke into reality.