The Phoenix Suns are one of the best stories of the NBA playoffs. This team is full of exciting young players like Devin Booker, DeAndre Ayton, and Mikal Bridges, and they're led by Chris Paul, one of the best point guards of his generation. The biggest knock on Paul is that he's never had postseason success, yet here he is, one win away from leading this Suns team to the Western Conference Finals.

Even as the playoffs go on, it seems Paul has made up his mind that he's going to forgo the final year on his deal and opt out of his player option. According to Bleacher Report, Paul "intends to decline" his $44.2 million option and look for a deal. That deal could be worth as much as $100 million over three years.

In essence, Paul is betting on himself. And it will likely pay off in a big way. 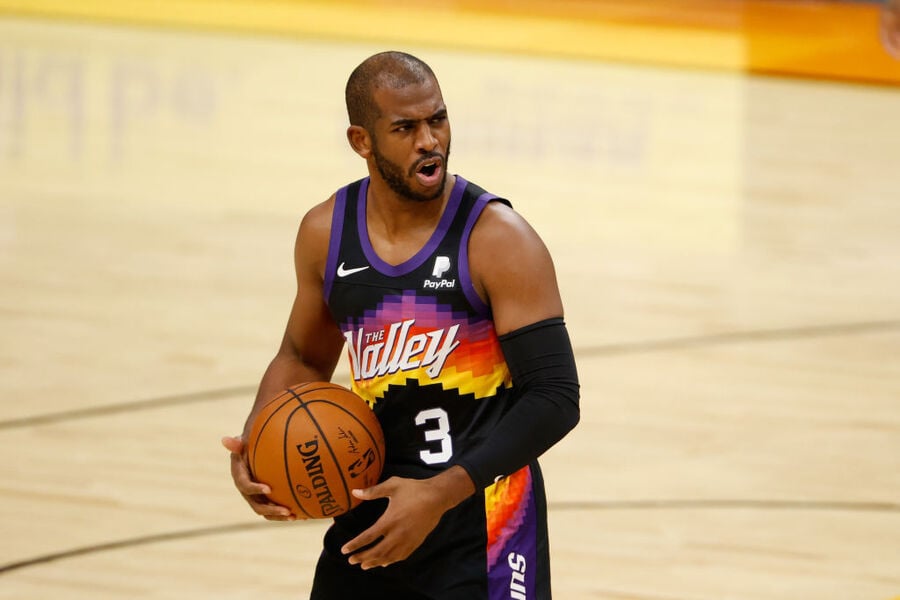 After the 2018 season, Paul looked like he was done. He could barely make it through the season for the Houston Rockets and seemed like he had nothing left in the tank. But a trade to the Oklahoma City Thunder rejuvenated his career. Paul led the Thunder to the playoffs in 2020 and nearly pulled off a playoff series victory over his former Rockets team.

The Suns acquired Paul just before the start of this season and he's looked nearly flawless in leading the young roster to the brink of the Western Conference Finals. In the first three games of this current series against Denver, he's averaged 21.7 points per game while dishing out 34 assists and committing only three turnovers.

He's peaking at just the right time. And if he declines his options, he'll have plenty of suitors. Of course, the Suns would want to keep Paul, especially if he leads them to the NBA Finals or a championship. But a team like the New York Knicks would be a fit, too — Paul's former agent Leon Rose is now the Knicks' team president.

The length of Paul's postseason run may factor into his next contract, too. If the Suns make the Western Conference Finals but then flame out, Paul's next contract may not be nearly as valuable. And with his injury history — he's currently nursing a shoulder injury — and age — he turned 36 last month — Paul may have a deal more in the $60 million range over three years.

Still, he knows it's likely his last chance for a big contract. It's a rare day when turning down $44.2 million could be considered a smart move. For Paul, it looks like it's his best decision.