At the beginning of the 2004-05 NBA season, Latrell Sprewell, 34 years old and a member of the Minnesota Timberwolves, turned down a contract extension from the team. He was set to make $14.6 million that season, and would have made between $27 and $30 million if he had signed the extension. A player turning down an extension is nothing new, but Sprewell's reasoning was quite curious:

"Why would I want to help them win a title?" he said at the time. "They're not doing anything for me. I'm at risk. I have a lot of risk here. I got my family to feed."

At the time, it sounded ridiculous. Tens of millions of dollars every year, and he couldn't feed his family? Well, it turns out Sprewell was actually pretty prophetic – despite having made more than $100 million throughout his career, he has blown through nearly all of his money and now has a net worth of only $50,000. 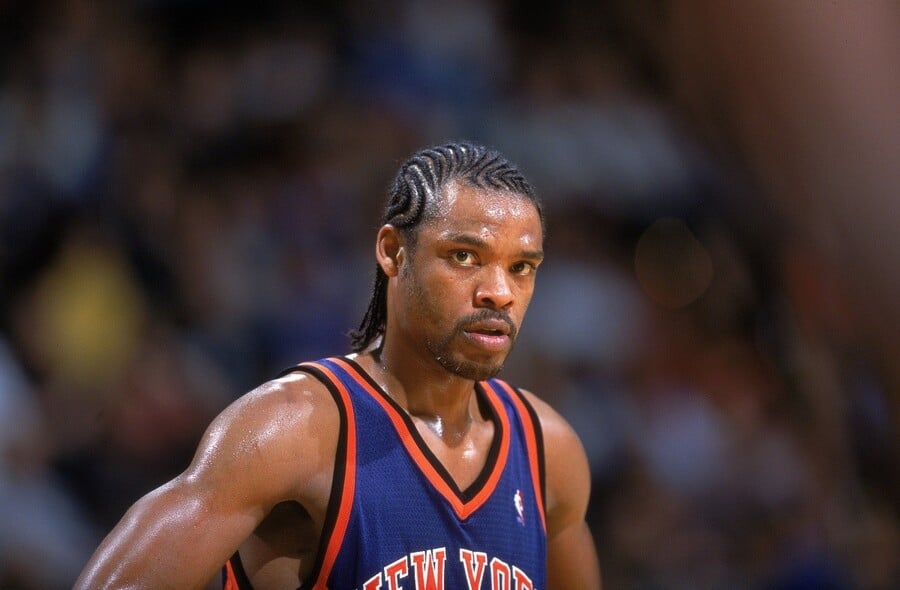 Latrell Fontaine Sprewell was born in Milwaukee on September 8, 1970. After attending college at Three Rivers Community College and the University of Alabama, Sprewell was taken with the 24th pick of the 1992 NBA Draft by the Golden State Warriors.

Sprewell quickly became a major part of a Warriors team, which had recently broken up their popular Run TMC big three of Chris Mullin, Tim Hardaway and Mitch Richmond. Spree started in 69 of 77 games during his rookie season, and led the league in minutes and games played during his second year. He also recorded career highs for points, rebounds, assists, steals, and blocks per game throughout the different seasons of his Warriors career. He made the All-Star team three times while at Golden State, leading the Warriors to the playoffs in 1994, and posting career highs in scoring (24.2 points per game) and assists (6.3 per game) during the 1996-1997 season.

However, his time at Golden State was marred by violence. During a 1993 practice, Sprewell fought with Byron Houston, who teammates described as having a Mike Tyson-esque attitude and physique. In 1995, Spree fought with teammate Jerome Kersey and returned to practice with a two-by-four while reportedly threatening to come back with a gun.

The biggest black mark on Sprewell's career, though, occurred on December 1, 1997. Warriors head coach P.J. Carlesimo told Sprewell to "put a little mustard" on a pass during a practice session. Sprewell told Carlesimo that he wasn't in the mood for criticism and warned the coach that he should stay away. Instead, Carlesimo approached the player, and Sprewell threatened to kill him and dragged him backwards by his throat, choking him for nearly ten seconds before other teammates and coaches intervened. About 20 minutes later, after showering and changing, Sprewell came back to the court and attacked Carlesimo again, landing a glancing blow on the coach's cheek prior to being restrained.

Sprewell was initially suspended without pay for only 10 games, but under public pressure, the Warriors instead voided his contract, which had about $24 million left over three years. Sprewell took the case to arbitration, and while he was able to prevent his contract from being voided, he was still suspended the remaining 68 games of the season. During his suspension, he was involved in a car accident that injured two people while he was going 90 miles per hour, and was charged with reckless driving. He was placed under house arrest for three months for his role in the incident. 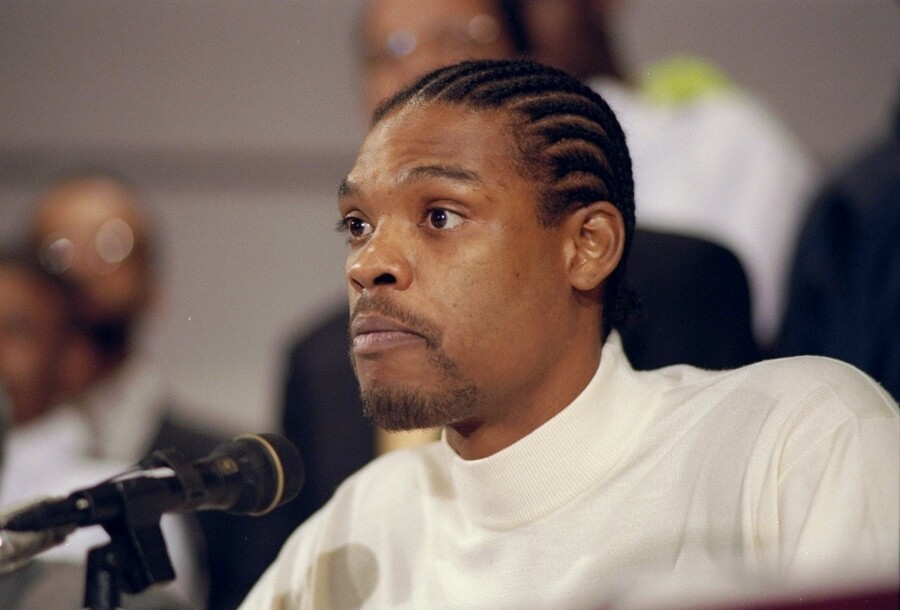 It wasn't until February of 1999 that Sprewell played basketball again, thanks to the NBA lockout. The Warriors traded him to the New York Knicks, and though he mostly came off the bench, he helped the Knicks reach the NBA Finals that season, the first and only eight-seed to do so. Sprewell averaged 26 points during the Finals, in which the Knicks lost in five games to the Spurs. He was rewarded with a five-year, $62 million contract extension from the Knicks the following season, and made his only All-Star appearance with the team in 2001. Prior to the 2002-03 season, Sprewell reported to camp with a broken hand. He claimed he injured it falling from a yacht, though it was reported he hurt it in a fight. The Knicks fined him a record $250,000 for failing to report the injury.

After that season, where Sprewell ended up only missing eight games, he was traded to the Minnesota Timberwolves. Once again, he immediately contributed, teaming up with Kevin Garnett and Sam Cassell to form the highest-scoring trio in the NBA. He helped lead the Timberwolves to their only division title in team history, and reached the 2004 Western Conference Finals before bowing out to the Lakers in six games. It was after that season that Sprewell made his infamous "I got mouths to feed" comments, and the ensuing year was the worst of his career. It also turned out to be his final one – while teams were still interested in the guard, they could never come to an agreement on salary, and Sprewell ended up retiring at just 34 years old.

Unfortunately, more time off meant more time for Sprewell to get in trouble. He's had a barrage of personal and legal issues since his retirement. In 2006, Milwaukee police investigated a claim against Sprewell from a 21-year-old female, who said they were having consensual sex when he began strangling her. Police eventually determined that Sprewell wouldn't face any charges from the alleged incident, but Sprewell still had legal fees to pay, as he sought a restraining order against the woman. In January of 2007, Sprewell's longtime companion, with whom he has four children, sued him for $200 million for ending their relationship agreement. She said Sprewell agreed to support her and their four children while they were in college.

That same year, Sprewell's yacht was repossessed by federal marshals after he failed to maintain payments and insurance, owing about $1.3 million. The yacht also ran ashore while captained by Sprewell, and he refused to hire a professional salvage firm to remove the yacht, eventually resorting to a local fishing vessel to help free his ship.

At one point, Sprewell owed Milwaukee $3 million in back taxes. In February 2008, he defaulted on a $1.5 million mortgage, and saw his yacht auctioned for $856,000. By May of that same year, Sprewell saw his Milwaukee-area home go into foreclosure. In July 2009, another of his properties, this one a mansion in Rochester, also went into foreclosure status. Today, he reportedly lives in a modest rental bungalow in Milwaukee. It's probably better than owning a flashy home, anyway. After all, he's still got mouths to feed.