What would you do if you were offered another job that paid you over double what you are currently making, and all you would have to do is relocate to another country? Would you take the offer? Well, one of the greatest soccer players in history apparently has that decision to make after a Chinese soccer team made him an absolutely amazing offer.

Lionel Messi is already regarded as one of the greatest to ever set foot on a soccer pitch. Having played his entire professional career as a member of La Liga's Barcelona, Messi has had one of the most illustrious careers in the history of club soccer. The 29-year-old has won the Ballon D'or (soccer's Player of the Year award) five times, has led his side to eight La Liga titles, and has helped Barcelona win four Champion League titles as well.

Needless to say, there isn't much left for the Argentine national to prove at the club level. Perhaps it is for this reason that Chinese Super League club Hebei China Fortune is throwing all the money they can at the soccer superstar in an effort to get him to come to China. According to sources, the club is prepared to give Messi a contract that would pay the Argentine roughly $105 million annually for five years! The contract would far and away be the largest contract in the history of sports as it pertains to total value. 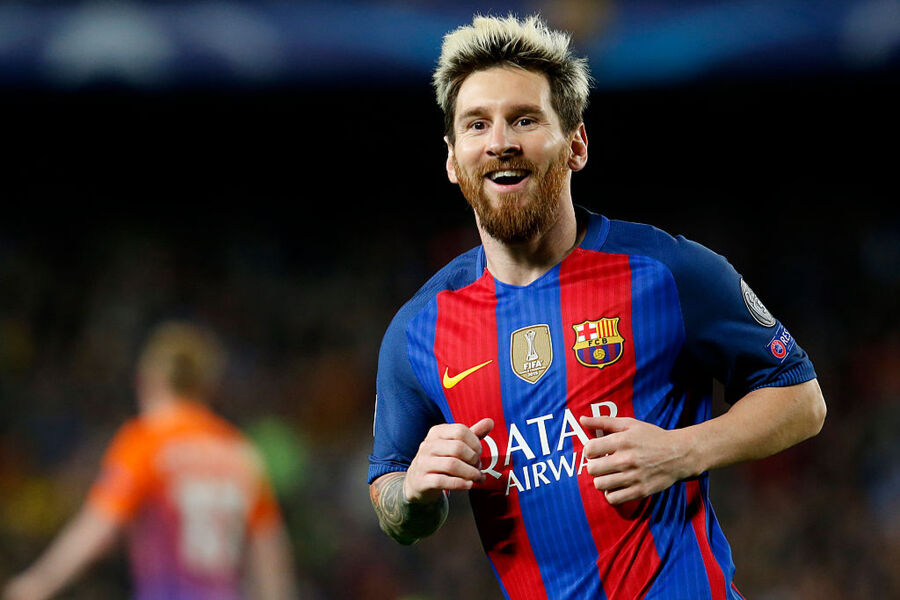 Messi is currently in negotiations with Barcelona to keep him in Spain, though the club cannot offer him anywhere near the amount that the Chinese club is offering. Their hope is that Messi will choose to stay at the place where he has played his entire professional career, while playing with two of the greatest players in the world in Luis Suarez and Neymar (both whose contracts keep them at the club until 2021). Barcelona reportedly made an offer to Messi earlier this year, which he turned down last month. His current contract expires in summer 2018.

As far as Hebei China Fortune is concerned, they have no issue shelling out money to bring in their talent. The club signed former PSG star Ezequiel Lavezzi to a contract that will pay him over $55 million over the course of 23 months, making him the highest paid soccer player on Earth.

What would you do if you were Messi? Stay at Barca? Or run to the money to play in China?