Jason Heyward was an integral part of the success of the St. Louis Cardinals last season, after being traded from the Atlanta Braves. He played 154 games for the Cardinals, hitting a career best .293 with 13 home runs, 60 RBIs, and 23 stolen bases (also a career high) making it easy to see why St. Louis was willing to pay him $200 million to stay in town.

The Washington Nationals were also willing to pay him $200 million, but the 26-year-old decided that he wanted to go to Chicago instead, but surprisingly for less money. Rather than sign a $200 million deal with a good team, he opted to take $184 million over eight years from a different, good team. 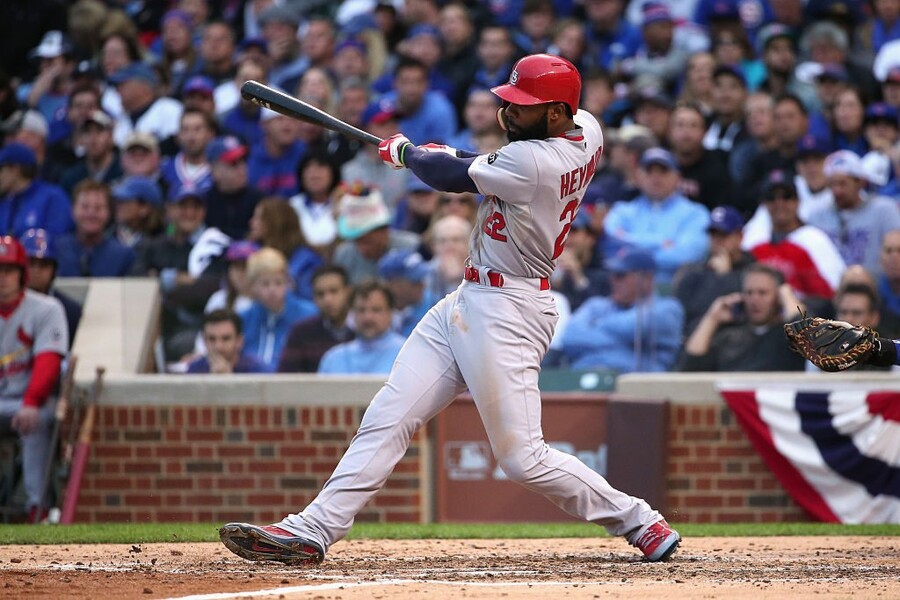 Only Heyward knows exactly what the deciding factor was, but it could very well be the two opt out clauses that the Cubs included in his deal. With these, he will be able to leave the team on his own accord after his third or fourth season with them. Should his play continue to improve, he can became a free agent and sign for more with the Cubs or another team.

The deal is a win-win for both sides. Heyward gets paid an average of $23 million a season and gets to play for a contender. Chicago gets to add a quality outfielder and a powerful bat to an already potent lineup.

Yes, his salary is going to cause their payroll to rise, but the current squad is the best that the Chicago Cubs have had in years. With the young talent that they already have under contract, the addition of a player like Heyward could help the Cubs make a deeper run in the playoffs next season.

Along with Heyward, the Cubs have been pretty active this off-season, in hopes of making the roster strong enough to go all the way next season. A few days prior to signing Heyward, they signed another outfielder, Ben Zobrist, to a four-year $56 million deal. After posting the second to last batting average in baseball last season, both should go a long way towards making the Cubs offense better.

The strength of the club was the pitching staff last season (third best ERA at 3.36). As good as the pitching staff was, the Cubs have still made a few moves to bolster the rotation signing Trevor Cahill to a one-year deal worth $4.25 million and John Lackey to a two-year, $32 million deal.

Between Heyward and the other aforementioned free agents, the Cubs have spent over $270 million during the off-season. Will it be enough to get the team back to the World Series? Long-suffering Cubs Fans can only hope so.