The Chicago Cubs Have Paid $19.2 Million To Gain Control Over A Majority Of The Wrigley Rooftops

The Chicago Cubs have one of the most dedicated fan bases in sports. They have proven that by coming out to Wrigley Field for years and years, even though the team has not even made it to the World Series, let alone won one since 1945 (last win was 1908).

With the team making it to the NLCS last season with a very young and very talented core, the future is brighter than it has been in a long time for the Cubs. To make sure the franchise reaps the benefits of the team's on-field success as much as possible, it has decided to take over the very popular Wrigley Rooftops.

For years, several property owners surrounding the stadium have profited by opening up their rooftops – which overlook the outfield – to friends, family, and eventually other fans (for profit). 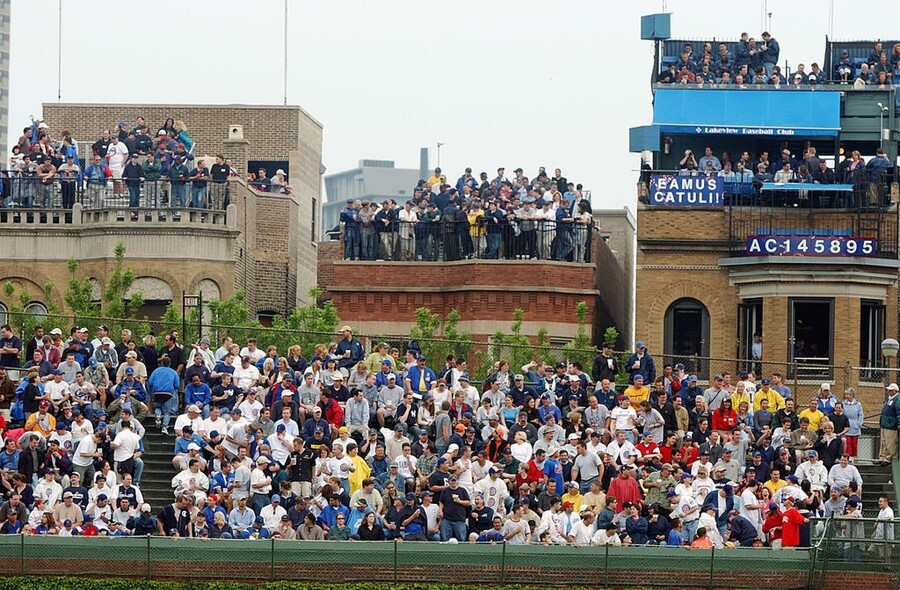 Starting in the 1980s, it became a pretty popular alternative to watch the game from one of the Wrigley Rooftops. Some of the owners began to construct seating and charging admission. This angered the club who didn't like someone else profiting off of their product, but they were able to come to a revenue sharing agreement with 11 of the 13 rooftop owners in 2004, so business as usual continued.

It was supposed to continue through 2023, with the lease the rooftop owners signed, but then the Ricketts family bought the team in 2009. From the start, they planned on pursuing an extensive renovation project for Wrigley Field; a $375 million project, to be precise.

To help pay for this, they intended on increasing the amount of signage in and around the stadium, including outside of the outfield walls – which would partially obstruct the view of most of the rooftops. This angered the rooftop owners who accused the team of breaking the lease.

The Ricketts tried to buy all the rooftops (buildings actually) shortly after buying the team, but were only able to acquire a few. Since 2015, they have spent $19.2 million to acquire six of them. They know own nine of the 16 rooftops and control access to ten.

What they plan on doing going forward remains to be seen, but it would be surprising if they didn't eventually come to control all 16 buildings.