Chelsea is in the market for a striker, and Álvaro Morata is looking to part ways with Real Madrid.

It's a perfect match – albeit an expensive one.

The Blues are planning to offer nearly $91.5 million to Real Madrid in order to obtain Morata. The striker had long been linked to Manchester United, but Man U instead secured another goalscorer, Romelu Lukaku.

Morata is looking for greener pastures after not being the top option last season with Real Madrid. Chelsea, meanwhile, is hoping to replace the production they'll lose from Diego Costa. The club told Costa via text message that he was no longer on the roster.

The $91.5 million bid will be a club record, far exceeding the $57.2 million fee Chelsea paid Liverpool in 2011 for Fernando Torres.

The craziest thing of all, is that the bid may still be below Real Madrid's asking price. The club is reportedly demanding nearly $103 million in exchange for Morata. Which side will budge first? 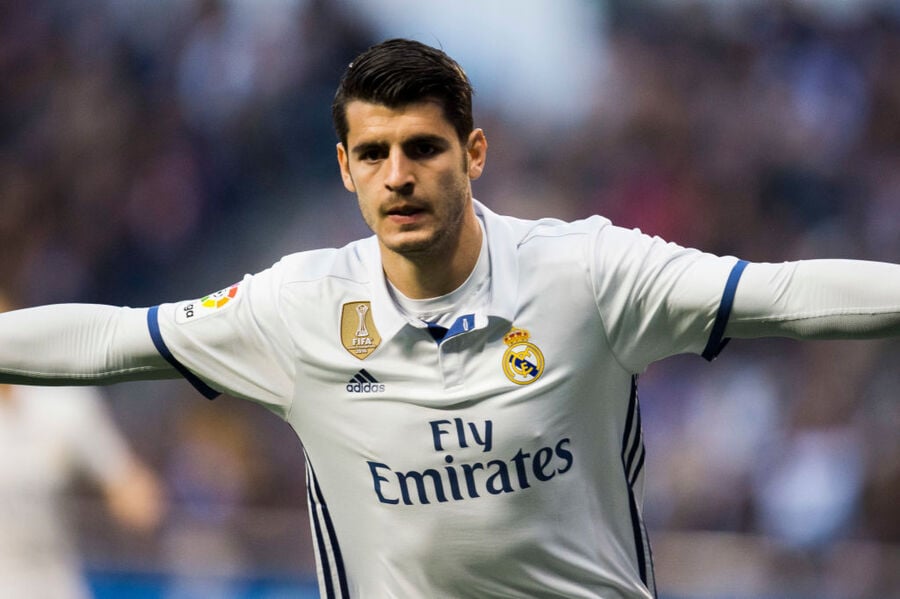 Assuming Chelsea does eventually acquire Morata, the club still needs to pay him. He'll likely get a pay raise, too, and will be making more than $34 million over five seasons.

Chelsea has been heavy spenders this offseason, dropping more than $88 million combined to acquire AS Monaco defensive midfielder Tiemoué Bakayoko and AS Roma defender Antonio Rüdiger. They're also looking to nab Juventus left back Alex Sandro.

Chelsea took home its fifth Premier League title last year. This offseason, the club is showing a dedication to spending on top players to try and make it two championships in a row.