The Brooklyn Nets have had quite the exciting year. After several seasons as a league laughingstock, they reached the postseason in 2019, even winning their first playoff game. They scored a massive coup in free agency, signing Kevin Durant, Kyrie Irving, and DeAndre Jordan. And now, they have a new majority owner.

Joseph Tsai, who co-founded e-commerce company Alibaba (the Chinese version of Amazon), agreed to buy the remaining 51 percent of the Nets from Mikhail Prokhorov. The deal is worth $3.5 billion in total – $2.35 billion for the Nets, with the remainder used to purchase the Barclays Center.

Tsai already owned 49 percent of the team, which he bought last year for $1 billion. During that deal, he received the rights to purchase the rest of the team for $1.35 billion by the 2021-22 season. But with a trio of exciting, marketable players coming in, Tsai exercised that right early.

The $2.35 billion sale is the most ever paid for a professional sports team. David Tepper and Tillman Fertitta each paid $2.2 billion to purchase the Carolina Panthers (in 2018) and Houston Rockets (in 2017), respectively. The NBA encourages its franchise owners to also own their teams' arenas, so Tsai purchased the Barclays Center, too. 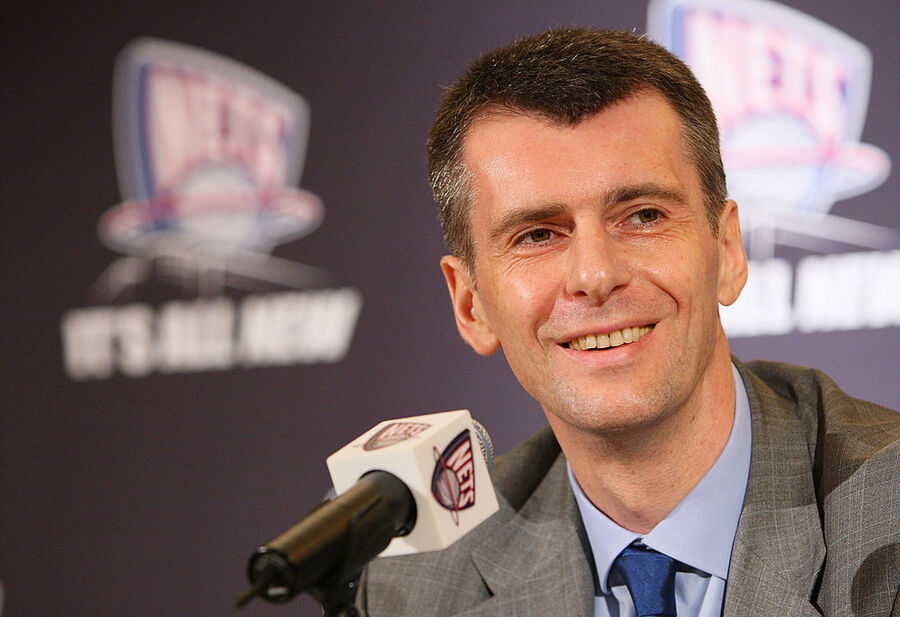 As for Prokhorov, he's making out with a ton of money. He already got rich by selling the shares of his old company after a scandal involving him and a plane full of alleged prostitutes – a story worth reading all on its own. And now, he's cashing out when the Nets are at their highest valuation yet.

Just how much of a profit did Prokhorov make? A decade ago, he bought the Nets for $223 million, taking on $160 million in debt, as well. That was for 80 percent of the team and 45 percent of the arena.

To make all that money in just ten seasons is very impressive, but the Nets will likely only increase in value. Attendance and merchandise sales should both increase, especially when Durant actually steps on the court.

$2.35 billion is an enormous price to pay, but if the Nets end up winning a championship, Tsai's investment will have been more than worthwhile.