There are few more appealing gigs in professional sports than being a backup quarterback. You're essentially in a no-lose situation. You stand on the sidelines, identifying opportunities and challenges for the starter while staying out of harm's way. If you do get called onto the field — maybe the starter suffers an injury or is struggling and gets benched — the expectations are so low that no one is upset if you have a bad day.

It's great work if you can consistently find it, and perhaps no player has had a better backup QB career than Chase Daniel.

The veteran quarterback went undrafted in 2009, but he's about to enter his 14th season in the NFL.

He won a Super Bowl ring with the New Orleans Saints and has had a few memorable moments on the field, including multiple trick plays and a victory on Thanksgiving while with the Chicago Bears.

And after this season, he'll have made more than $42 million in NFL salary alone, despite only starting in five games. 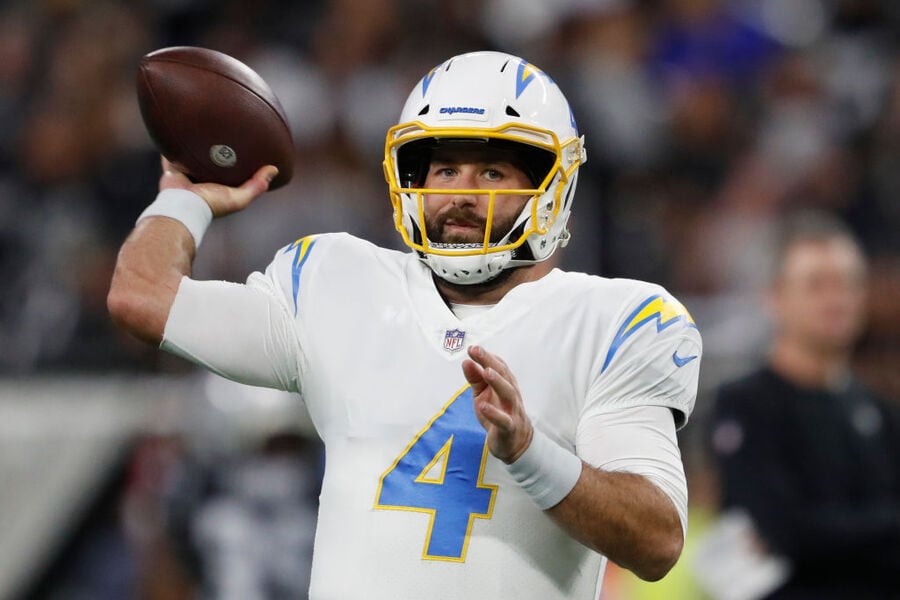 When he was a rookie, Daniel signed with Washington as an undrafted free agent, but the team quickly waived him before the season began. He then signed with the Saints, where he served as backup to Drew Brees for four seasons. That included a Super Bowl victory during the 2009 season, although Daniel didn't see a single minute of action on the field that year. In the following three seasons, Daniel threw only nine passes and rushed eight times (including kneel-downs), primarily serving as the team's placeholder on kicks.

He didn't see his first start until the fifth season of his career, his first year with Kansas City. The Chiefs had locked in their playoff seed by Week 17, so Daniel got the starting nod. He spent two more years in Kansas City (starting one more game) before bouncing to Philadelphia and back to New Orleans, spending one season each with the Eagles and Saints.

In 2018, Daniel landed in Chicago, and that's where he saw his most NFL quarterbacking action. In two seasons with the Bears, Daniel played eight games, starting in three of them. He amassed 950 yards with six touchdowns and four interceptions. Daniel then joined the Lions for a season before landing on the Chargers, serving as the backup to Justin Herbert. He re-signed this offseason with a one-year, $2.25 million contract. That will bring his total career earnings above $42 million, which puts him at 62nd on the all-time earnings list for quarterbacks.

For his career, Daniel has complete 178 of 261 passes (68.2 percent) for 1,690 yards, eight touchdowns, and seven interceptions. He's also rushed 54 times for 116 yards. Those are hardly Hall of Fame numbers, but they've been serviceable enough to give Daniel a long career.

In total, Daniel has appeared in 70 games over 13 years — and even that number is a bit inflated since many of his appearances on the Saints came as a placeholder, not the quarterback. Still, he's made an impressive $553,571 per appearance thus far. And assuming he doesn't make another start this season, he'll have earned more than $8 million for every game he's started in the NFL by the time 2023 rolls around. Not bad for a player who went undrafted!