Sports contracts can be a finicky thing. In leagues like the NBA and MLB, the money is guaranteed, so a player can be a bust and still receive a hefty payday. In fact, sometimes a team will even pay a player to leave the franchise completely.

Buyouts aren't just limited to players, either. Coaches, especially at the college level, can sometimes make an impressive amount of money from a school simply to stop coaching. No coach has done a better job of that than Charlie Weis.

Weis was fired from Notre Dame in 2009. He received the final installment of his buyout agreement in December of 2015, but Notre Dame just released its federal tax return this month. The final amount Weis received from the school was $18,967,960. He received $6.6 million when he was fired and about $2.05 million in every subsequent year, plus almost $470,000 in 2010 from Play By Play Sports LLC, a multimedia and marketing rights entity belonging to Notre Dame Sports Properties. As a whole, Weis got nearly $19 million simply to not coach the Fighting Irish.

That's already an impressive amount, but Weis received a similar (though smaller) buyout from the Kansas Jayhawks after being fired in 2013. After two-plus abysmal seasons, the Jayhawks gave him a buyout that ultimately ended up being worth $5.6 million. 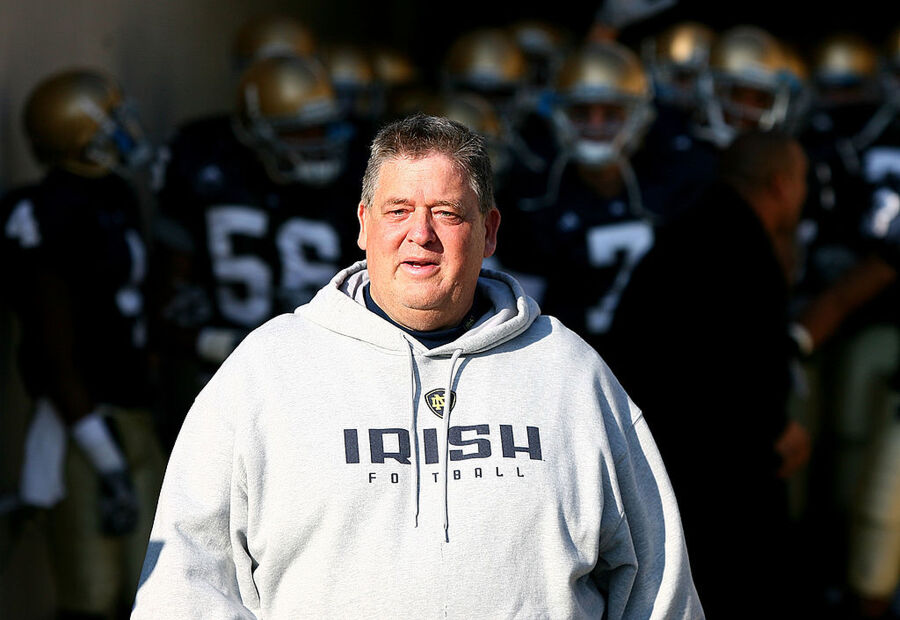 Weis performed so poorly that two separate schools paid him to leave. If you're keeping score at home, he made about $24.6 million to not coach. To add insult to injury, the Fighting Irish were also paying former coach Ty Willingham $650,000 in a separate buyout while giving Weis money.

In total, Notre Dame and Kansas paid Weis $64.5 million. More than a third of his money came from buyouts. He compiled a career record of 41-49 at the two schools. If you take away his first two years from Notre Dame, his teams amassed a 22-43 record in a little more than five seasons.

It's pretty spectacular to think that a coach who sports a .455 winning percentage can still make so much money. But Weis did a great job negotiating his contract to make sure that no matter how he did on the field, he would get a big paycheck regardless.