The last time the Kansas Jayhawks beat the Texas Longhorns in football, Franklin Delano Roosevelt was the country's President, The Adventures of Robin Hood was one of the top movies in theaters, and Ella Fitzgerald and Bing Crosby were among the most popular singers in the world. World War II also hadn't happened yet, and there were only 48 states in the United States.

And now, 78 years later, the Jayhawks have triumphed once more over the Longhorns. This latest loss may have just cost Charlie Strong his job. Losing to Kansas is a dubious distinction, for sure, but Strong currently holds another unfavorable record: his "cost per win" is the highest for any coach in college football history. Thus far in Strong's Texas tenure, each win has cost the school $1.85 million.

Strong has gone just 16-20 over his nearly three-year Texas career, and the school's handling of his maybe, possibly, quite likely firing isn't doing the Longhorns – not to mention Strong – any favors. 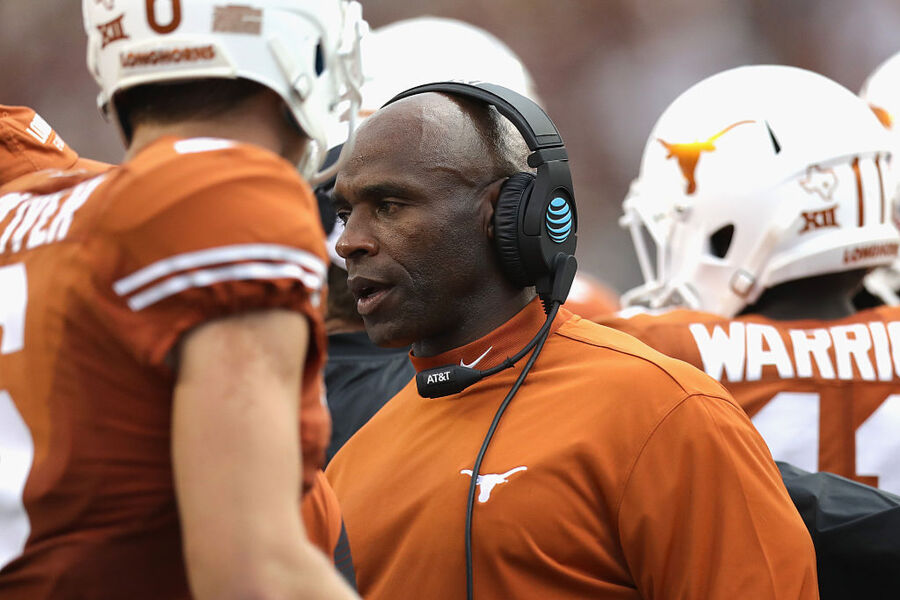 It's understandable that Texas would want their costly investment to pay off; after all, the university will have paid $30,375,000 to acquire Strong from Louisville. That included a buyout from the Cardinals, and will include another buyout of $10 million of Strong's current contract if he gets fired. But the team never saw a winning season with Strong at the helm, and for a school that's reached two National Championships, winning one, in the past dozen years, that's just not an acceptable performance.

While a $10 million buyout sounds expensive, it's nowhere near the largest buyout in NCAA history. The Notre Dame Fighting Irish paid Charlie Weis $19 million to not coach. Incidentally, Weis has been the second and third-most costly coach in college football. Each of his wins at Notre Dame cost the school $1.41 million, while each win at Kansas cost the university $1.25 million.

By all accounts, Strong is a great guy and his players love playing for him. In the end, though, college football is all about the results on the field. Strong and his players couldn't get it done there, and it's going to end up costing the University of Texas dearly. The longer they drag it out, the longer it's going to have a negative effect.