After being traded midway through the 2016 season from the Yankees to the Cubs, and subsequently performing an instrumental role in the Cubs' first World Series victory since 1908, Aroldis Chapman is now reportedly headed back to the Big Apple.

According to numerous sources, the hardest thrower in baseball has agreed to terms with the Yankees for a 5-year, $86 million deal. In other words, the Yankees hope to be set in the 9th inning for a long time.

In 2016, Chapman appeared a total of 59 times for his two squads, tallying 90 strike outs, 36 saves, and a 1.55 ERA. The Cubs traded three young prospects and one relief pitcher for Chapman in July, but decided not to sign him back for the 2017 season. 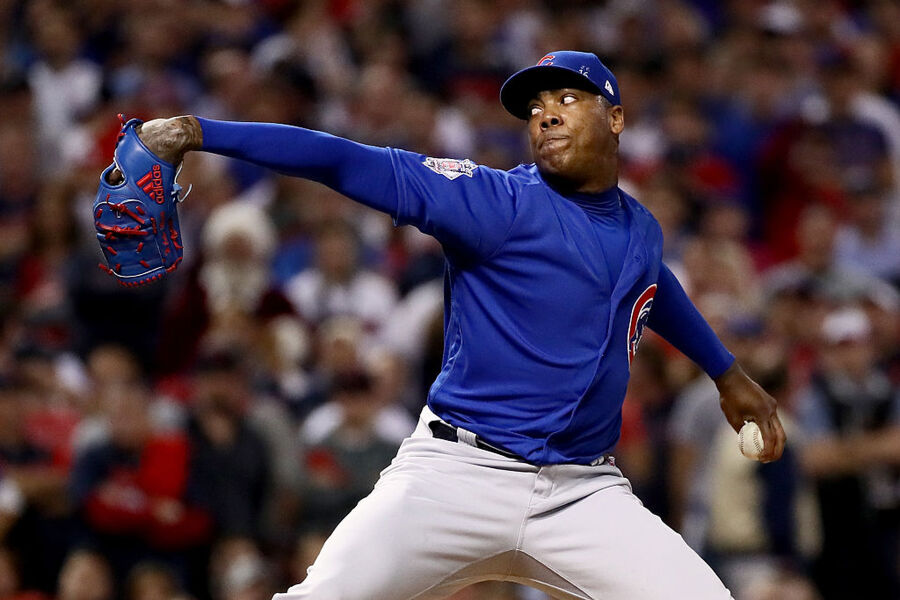 According to Cubs GM Jed Hoyer, "You have to think long and hard about where you place your multiyear bets. We decided to make a swap instead of extending ourselves on a long term deal."

Chapman was reportedly aware that the Cubs weren't planning to re-sign him, and he was seeking a six-year deal. With the Yankees, he got pretty close. There were also rumors flying that he wanted a deal in excess of $100 million, but Chapman denies those rumors.

"I believe that if you deserve something, you don't ask for it," he said.

Sources report that Chapman is locked in for the first three years of the contract and that during that time, he has the power to reject trades.