The New York Yankees beat the Tampa Bay Rays 12-1 earlier today. Normally, that kind of score would make you pause for just a moment, if at all. Maybe you'd say, "huh, that game wasn't very close" and go on about your day. For Yankees pitcher CC Sabathia, however, the game proved costly.

Sabathia very likely lost out on $500,000 thanks to what happened during the game.

Let's start in the fifth inning: Sabathia hit the Rays' Jake Bauers in the wrist. The following inning, Tampa Bay's Andrew Kittredge threw a pitch that went behind Austin Romine's head, who immediately asked Rays catcher Jesus Sucre if the pitch was on purpose. 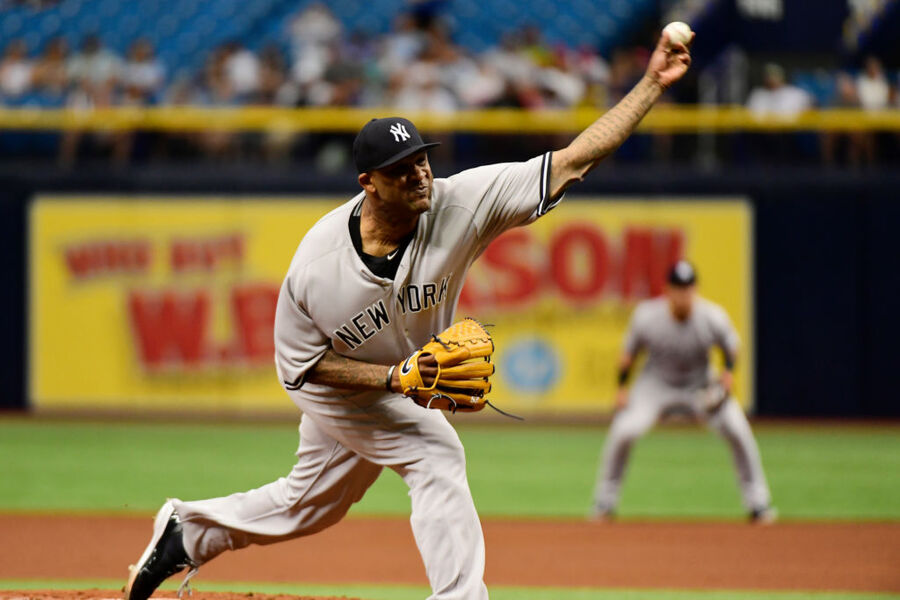 Whether it was or not, Sabathia wasn't having any of it. In the bottom of the sixth, the pitcher hit Sucre in the leg with his first pitch of the inning. That earned Sabathia an ejection and led to a bunch of trash talk from each side.

As Sabathia exited, he had a few choice words for the Rays dugout. We assume the below insult is directed at Kittredge, and it's pretty clear what Sabathia is saying.

thats for you, bitch. pic.twitter.com/XC258lBlnE

The reason all of this is a big deal is that Sabathia was just two innings away from hitting an incentive bonus in his contract. If he pitched 150 innings this season, he would have made an additional $500,000. With an 11-0 lead at the time, getting six additional outs seemed automatic. But Sabathia would rather stick up for a teammate than make half a million dollars, which is pretty cool.

Even more impressive: this could potentially be Sabathia's last-ever pitch as a Yankee. Unless he gets some relief work this weekend or makes a start in the playoffs (the Yankees will be in the play-in game), his 10-year run in New York will likely come to end.

Sabathia remained loyal to his teammates until the very last pitch. What a way to go out.