It's no secret that the quarterback is the most valued position in the NFL. Take a look at the highest-paid players in the sport and it's almost entirely the guys under center. While the more established quarterbacks are the ones making the big bucks, plenty of young guys are waiting in the wings for their big pay day.

We came cross one of those young guys off the waiting list, though. The Eagles' Carson Wentz just signed a contract extension to keep him in Philadelphia. The record-setting deal is worth $128 million over four years, with $107.9 million guaranteed. The guarantee, which includes a $66 million signing bonus, is the largest in NFL history.

Russell Wilson previously had the highest guarantee – $107 million – as part of a four-year, $140 million extension he signed with the Seahawks in April. But as we've seen over the past few seasons, teams are willing to shell out tons of money for their franchise quarterbacks.

Wentz's deal can also escalate up to $144 million. All told, his deal is worth $154 million (and potentially up to $170 million) over the next six years. 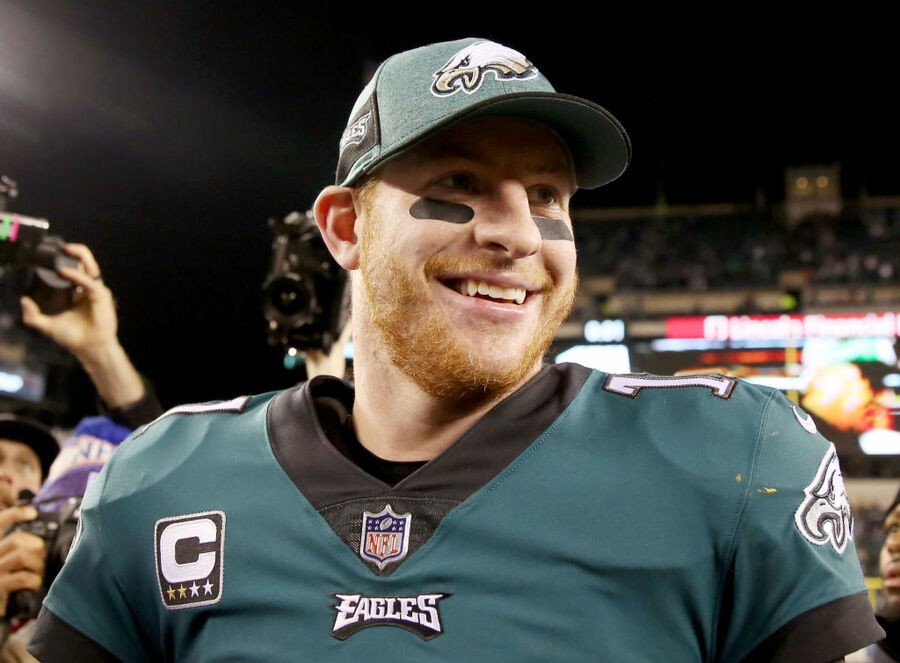 Though Wentz played in all 16 games as a rookie, he's missed eight over the past two regular seasons. That included an ACL tear in 2017: Wentz missed the final three games of the regular season and the entire playoffs as backup Nick Foles led the Eagles to a Super Bowl victory.

Last year, Wentz missed the first two games of the regular season while still recovering from his ACL injury. He later suffered a stress fracture in his back, missing the final three regular season games and two more contests in the playoffs.

Despite those injuries, the Eagles believe Wentz can achieve greatness. Before his injury in 2017, Wentz was in the MVP discussion. He finished the season with 3,296 passing yards, 33 touchdowns (a single-season team record) and only seven interceptions. Even though he missed three games, he made the Pro Bowl and finished third in MVP voting.

The Eagles are taking a risk with this deal, but it could also pay out in the long run. If Wentz can return to his pre-injury form, this contract will end up looking like a bargain.

Kansas City's Patrick Mahomes is due a new contract by next summer, and he just put up one of the most impressive seasons ever. Jared Goff – the No. 1 overall pick in 2016, one spot ahead of Wentz – is also in line for a huge deal. Guys like Dak Prescott will earn big money, too.

By signing Wentz now, the Eagles are getting ahead of the market price, which will only continue to go up. Wentz's deal probably won't be a record for long, and that's exactly what the Eagles want.