Carolina Panthers owner Jerry Richardson has been embroiled in a high-profile workplace misconduct controversy over the past week. Most recently, Sports Illustrated published an article which mentioned that the Panthers settled with at least 4 former employees of the team as a result of inappropriate workplace behavior by the Panthers founder and owner. Now, on the same day the NFL announced that they will be conducting an investigation into Richardson's conduct, the 81-year-old owner announced on the team's website that he is putting the team up for sale after the 2017 season.

In a letter posted on the Carolina Panthers' website Sunday evening, Richardson wrote, "I believe that it is time to turn the franchise over to new ownership." He added, "Therefore, I will put the team up for sale at the conclusion of this NFL season. We will not begin the sale process, nor will we entertain any inquiries, until the very last game is played."

Richardson, who purchased the franchise for $206 million in 1993, failed to give any reasons why he is selling the team in the letter. He simply ended the letter by saying, "While I will no longer be the team owner, I will always be the Panthers' Number One fan. With respect. Always." This past week, the Panthers reportedly launched an investigation into Richardson's conduct. 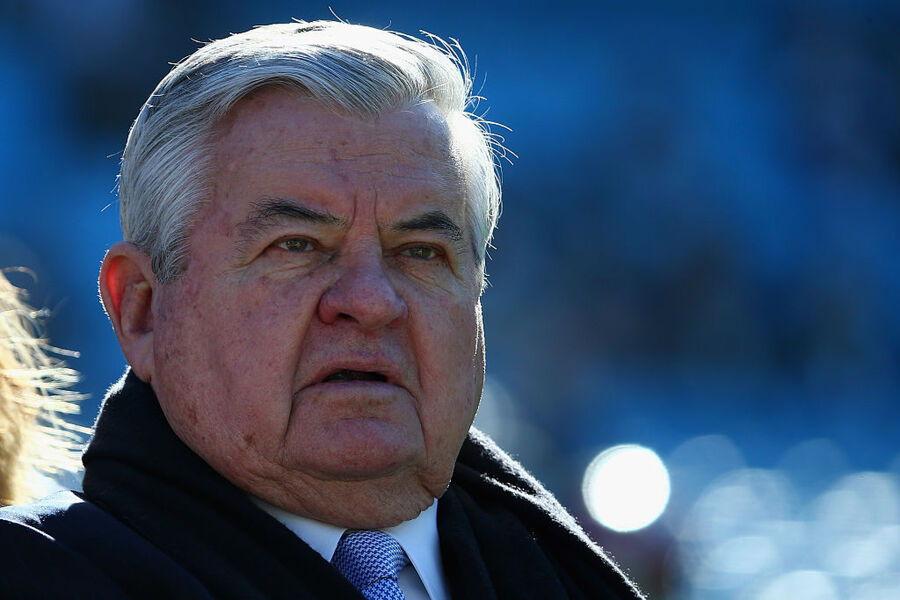 According to the aforementioned report from Sports Illustrated, Richardson allegedly made comments about the appearances of women, inappropriately touched female employees, and asked women if he could give them foot rubs and shave their legs. He also allegedly used a racial slur towards a scout that is no longer with the team, made comments about black players' appearances, and threatened to discipline players who addressed social issues.

Shortly following the posting of Richardson's letter, some have already expressed interest in purchasing the NFL franchise. Sean "Diddy" Combs posted the following on Twitter Sunday evening, "I would like to buy the @Panthers. Spread the word. Retweet!" Golden State Warriors star guard Stephen Curry quoted Diddy's tweet and tweeted "I want in!," to which Diddy replied, "Holla at me, let's get it!"

The last time an NFL franchise was sold was 2014, when Terry Pegula purchased the Buffalo Bills for $1.4 billion, a record amount paid for an NFL franchise. The Panthers are expected to sell for much more. The franchise was most recently valued at $2.3 billion by Forbes this past September.