Last year, after Kevin Durant left for the Golden State Warriors, it looked like the Thunder might be headed towards a complete rebuild. Instead, Russell Westbrook signed an extension, he won MVP, and the Thunder clawed their way to a 6-seed in the playoffs.

Now, the Thunder are hungry for more and are putting together quite the offseason. They've already nabbed Paul George from the Pacers, and they just acquired Carmelo Anthony in a trade with the New York Knicks. The Thunder will send Enes Kanter, Doug McDermott, and a second-round pick (via the Bulls) in exchange for Anthony.

The Thunder will absorb a $27.8 million luxury tax penalty this season as their payroll rises to $134 million. Anthony still has two years and $54 million left on his deal, which includes a player option for $27.9 million during the 2018-19 campaign. 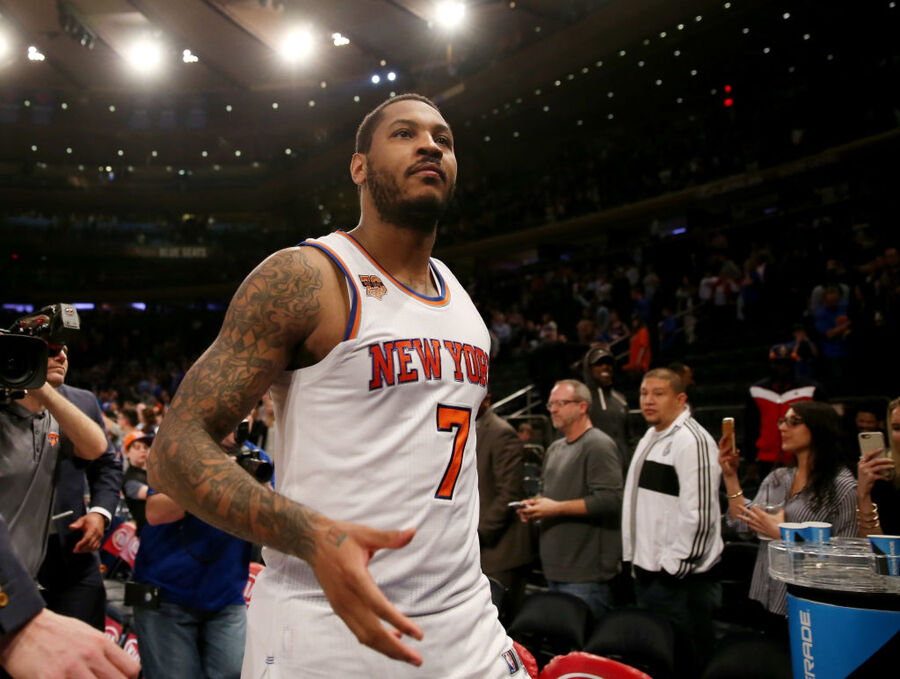 The trade, of course, means Anthony's days as a Knick are over. And while the team may not have seen great success during his stay, he certainly made a ton of money.

Oklahoma City's odds to win the title jumped from 20-to-1 to 16-to-1 after landing Anthony, though their projected win total only increased one game, from 51.5 to 52.5.

Their window to win might be limited to this year – Westbrook has a five-year, $207 million extension waiting for him, with a deadline to sign by October 16. If the Thunder attempt to re-sign Westbrook, Anthony and George next offseason, their payroll and luxury tax could combine to reach $300 million. That's more than any NBA team has ever paid in one season.

Bringing in George and Anthony for what may be just one-year rental is a bold gamble. But these guys are still great players. Maybe a change of scenery is all they need to help bring home a championship.