Carmelo Anthony Made Nearly $28 Million Last Year, But His New Contract Is His Smallest One Ever

To say Carmelo Anthony has had a lucrative NBA career is an understatement. Since being drafted by the Denver Nuggets with the No. 3 pick in the 2003 NBA Draft, Anthony has made just under $260 million. That includes stops in Denver, New York, Oklahoma City, Houston, and paychecks from Atlanta and Chicago.

That's right, Anthony received nearly $28 million from the Hawks and Bulls last year, despite not appearing in a single game for either team.

This year? He just signed a one-year deal with the Portland Trail Blazers. The contract is non-guaranteed and worth $2.15 million – the smallest amount Anthony has ever seen from an NBA contract.

Per Shams Charania, Melo's contract becomes guaranteed if he's still on the Blazers roster in January. 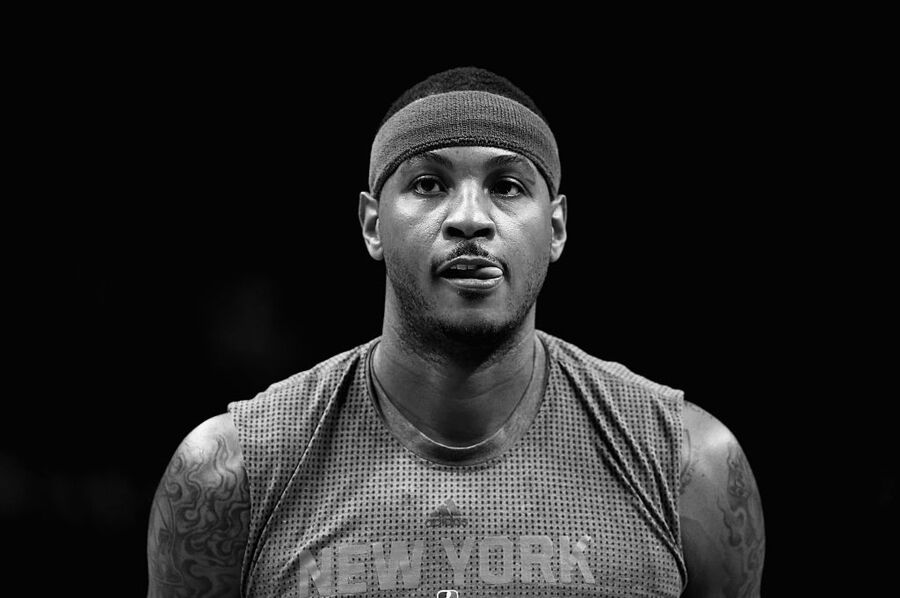 Anthony had been a free agent since February. He was acquired by the Hawks in the summer of 2018, then waived and acquired by the Rockets. But after 10 games in Houston, the team traded him to the Bulls, who released him before he suited up for them.

Anthony will wear number 00 in Portland. His Knicks No. 7 is already retired for Brandon Roy. Number 15, which he wore with the Nuggets and in Syracuse, is retired for Larry Steele. Anthony chose 00 for a number of reasons, including it symbolizing alpha and omega and an infinite loop with no beginning or end.

In theory, Anthony is a capable scorer and should provide a solid spark at the wing position. The biggest question is whether he has the right mindset for that.

The 35-year-old has plenty of All-Star appearances, but he will have to adapt to not being the primary scorer. That role is already filled by Damian Lillard and CJ McCollum.

For the Blazers, it's a gamble worth taking. After reaching the Western Conference Finals last year, the team has stumbled out of the gate. They're off to a 5-10 start. Anthony has already gotten his feet wet, scoring 10 points and adding four rebounds in 24 minutes of action.

As he gets re-acclimated to playing at an NBA pace, the Blazers hope Anthony can help turn their fortunes around.

Simply by offering him an opportunity, Portland has already extended that favor to Anthony.