The Carmelo Anthony-in-Oklahoma-City experiment lasted just one season, and it didn't end well. Anthony was inefficient offensively, subpar on defense, and refused to come off the bench, even though it made the most sense. This offseason, the Thunder traded Anthony to the Atlanta Hawks, getting guard Dennis Schröder from the Hawks and Timothé Luwawu-Cabarrot from the Philadelphia 76ers.

The trade was widely seen as a cost-cutting move for the Hawks, who dumped the salaries of both Schröder and Mike Muscala. After buying out Anthony's contract for about $25.5 million, the Hawks' long-term cap flexibility is looking good.

Anthony will now likely sign with the Houston Rockets for the veteran's minimum of $2.4 million. But don't feel too bad for the 10-time All-Star. Anthony made $5,094,000 PER DAY he was with the Hawks. 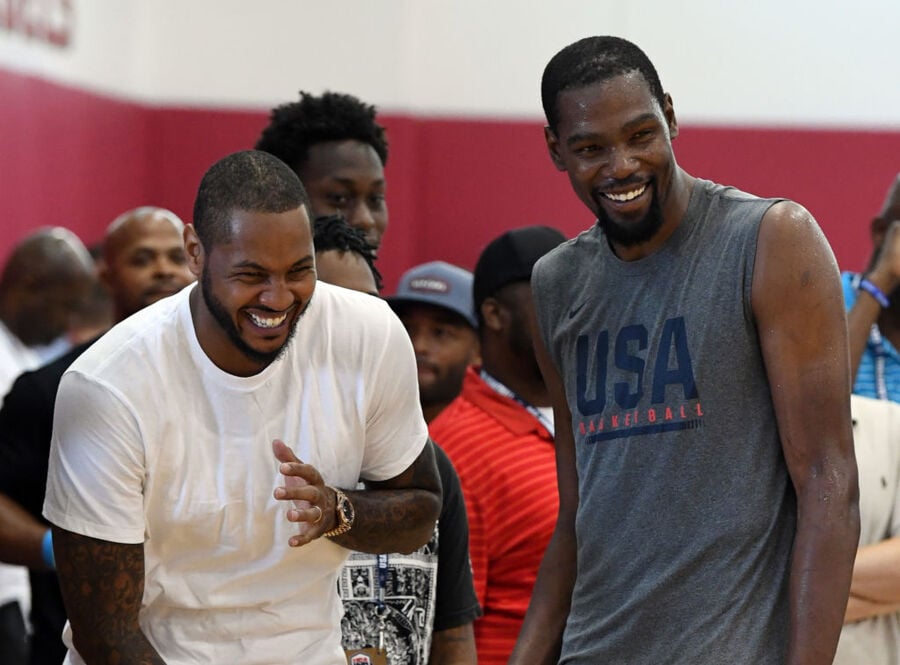 It's hard to beat that. Anthony's buyout with the Hawks was a little less than the $27.9 million he was set to make with the Thunder this season.

However, with the contract he's likely to receive from the Rockets, Anthony will make up that difference. He's just getting a larger chunk of money at once.

The 34-year-old Anthony waived his no-trade clause to allow the Thunder to trade him. He's also worked out with the Miami Heat, though expect him to sign with the Rockets.

While Anthony's days of signing huge contracts are over, this is one nice final hurrah.