This MLB offseason has had a flurry of free-agent activities. Aaron Judge bet on himself and scored an extra $146.5 million from the New York Yankees. Guys like Trea Turner, Justin Verlander, and Xander Boegarts signed big deals with new teams. But no one has had a more bananas winter than shortstop Carlos Correa.

Earlier this month, Correa and the Giants agreed to a 13-year, $350 million deal, which would have been the fourth-largest contract in MLB history. Only Mike Trout ($426.5 million), Mookie Betts ($365 million), and Judge ($360 million) have signed larger deals. The contract also would have been the largest in Giants franchise history — by far. The team's previous high was an eight-year, $159 million offer for Buster Posey before the 2013 season.

But the Giants postponed the news conference announcing Correa's signing, and that gave the New York Mets an opportunity to swoop in. They did so in style, signing Correa to a 12-year, $315 million deal. 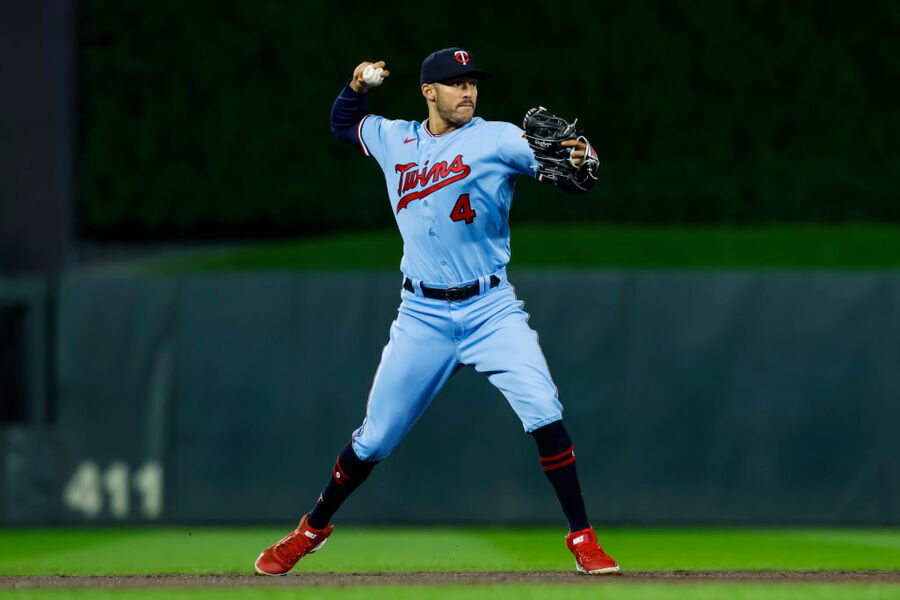 Correa's agent Scott Boras said there was a "difference of opinion" between the shortstop and the Giants around the results of his physical. The 28-year-old Correa opted out of his deal with the Minnesota Twins after just one season. And it looked like he was all set to join a Giants team that had a disappointing year and were looking to bounce back after a surprising 107-win season in 2021.

Interestingly, Correa's new deal actually has a lower average annual value than his Twins contract. He was making $35 million per season with the Twins. With the Mets, his contract will pay an average annual value of just over $26.2 million. Yet it's difficult to fault someone who opts for job security. This contract will pay Correa until he's 40 years old. He won't have to worry about negotiating again, which has to be particularly comforting after not securing a long-term deal last season.

Correa is the latest signing for a wildly busy Mets offseason. Per Jeff Passan, the team has spent $806.1 million since free agency began. Correa is by far the biggest deal, but the team is also paying a pretty penny for guys like Brandon Minno ($162 million), Edwin Díaz ($102 million), and Justin Verlander ($86.6 million).

Though he's had some injuries in recent seasons, Correa is a Platinum Glove winner with two All-Star appearances. Last season, he hit .291 with 22 home runs, 64 RBI, and 70 runs scored. He can contribute on both offense and defense and is well-liked in the clubhouse.

Correa also has experience in the World Series, earning a title with the Houston Astros in 2017. The Mets certainly have championship aspirations, so Correa's experience is welcome. If this offseason's haul can help deliver a title, they'll be well worth the huge paychecks.