Dodgers left fielder Carl Crawford broke the news himself, that he's getting benched in favor of Andre Ethier, limiting the outfielder to pinch-hitting and spot start duties.

That wouldn't be the worst news in the world for the Dodgers, except for one small problem: they're paying him a LOT of money.

Back in 2011, the Red Sox signed Crawford to a seven-year, $142 million deal. At the time, it seemed like a pretty good contract: he was averaging 6.8 Wins Above Replacement (WAR) over the past two seasons, and had flashed some power, too, hitting 15 and 19 home runs in 2009 and 2010, respectively. He was also hitting over .300 consistently throughout his career, and only had two seasons (out of nine at the time) with fewer than 46 steals. He may not have been a complete five-tool player, but he was pretty darn close to it.

That's why his decline has been so shocking. After Crawford left the Rays, his numbers plummeted. He's only batting .276, with just 32 total home runs in five years, and his WAR is a paltry 5.8 over those five seasons. For comparison, 19 players averaged at least 5.8 WAR in 2015 alone. 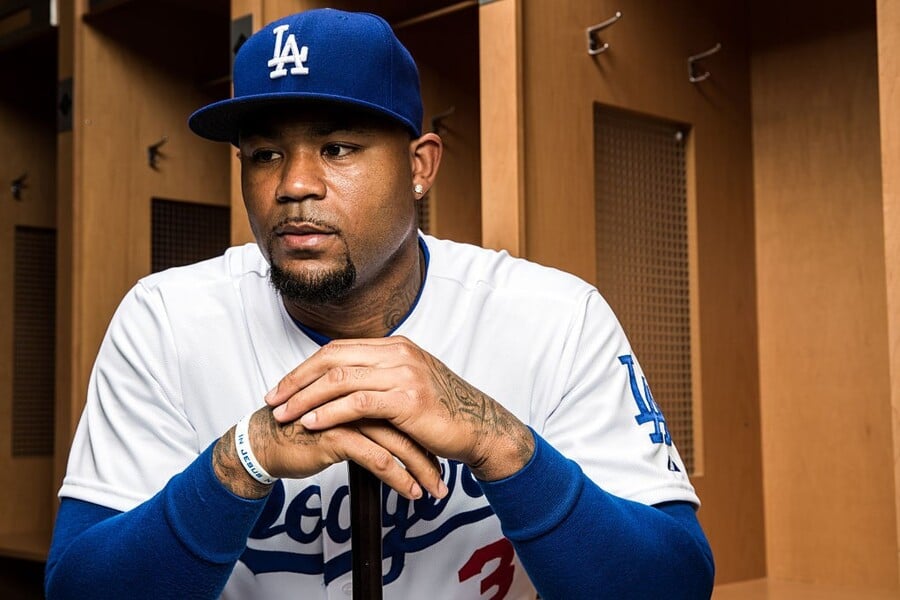 Perhaps most shocking, Crawford's speed seems to have just completely vanished. He's 34 now, but he was still in his prime when he signed with Boston, yet he hasn't recorded more than 23 steals since leaving Tampa, and has only averaged 14 per season. That's quite the drop off.

After fewer than two seasons with the Red Sox, Crawford was traded to the Dodgers. It was a massive deal involving nine players, and… well, it's safe to say the Dodgers lost the trade.

In addition to likely having to pay Crawford $106 million over five years (unless they can trade him soon), half of the other players the Dodgers received in the trade aren't even on the roster. Josh Beckett earned about $1 million per start – going 8-14 over that span – before retiring after the 2014 season. Nick Punto played 138 games with the Dodgers before leaving in free agency.

Adrian Gonzalez is still on the team, and while he's been a solid first baseman who's consistently made the All-Star team, he's about the only good part of the deal. And Los Angeles still has to pay him $134 million.

In total, the Dodgers gave up five players in the deal, including a productive young player in James Loney, and will dish out $264 million in salary to the players they received. That's a lot of money to be tied up in players that have only led the team to one playoff series victory since they were acquired.